Angi examined LinkedIn's June 2022 Workforce Report data to see where people have been moving within the U.S. for work over the past year. 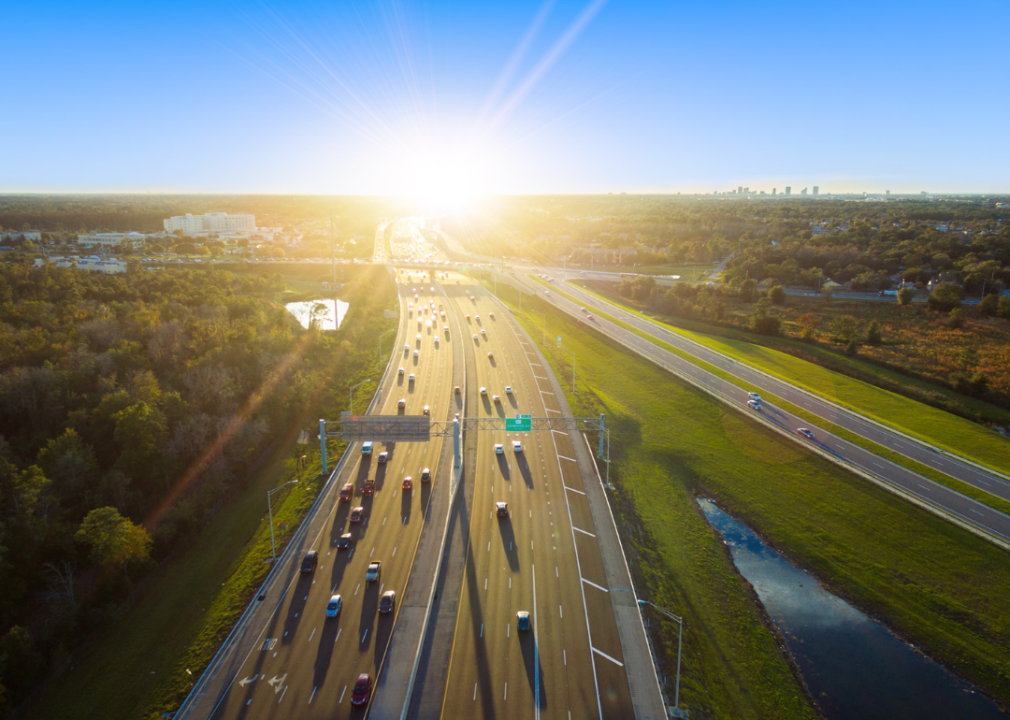 The COVID-19 pandemic remade the virtual work landscape, untethering millions of workers from their offices and setting in motion an accelerated migration out of cities like New York and San Francisco. Two years on, people have continued to move overwhelmingly to warmer climates and smaller metros in the Sun Belt, where a lower cost of living with less population density has proven popular with newcomers. While large influxes into Sun Belt cities—such as Austin, Texas; Tampa, Florida; and Nashville, Tennessee—pre-date the COVID-19 pandemic, the impact of the global health crisis has undoubtedly sped up the population growth in these cities.

Smaller Sun Belt cities that have seen some of the most extreme growth over the past several years have also been among the hardest hit by soaring rents and housing prices. As higher-income remote workers have moved from more expensive cities, demand for housing continues to outpace supply, inflation surges ever higher, and communities across the country are experiencing affordable housing crises.

To determine the cities experiencing the most growth from both remote and in-person workers, Angi examined LinkedIn's June 2022 Workforce Report. LinkedIn, which is the largest social networking platform for professionals in the world with over 186 million Americans members alone, compiled this list by analyzing member data to find the net migration rate of its members between U.S. cities over the past year. The net migration rate was calculated by determining the number of members changing their location on their LinkedIn profile per 10,000 members. Most people who moved to Phoenix in June 2021 came from Los Angeles, Chicago, and Tucson. The fifth-largest city in the United States' biggest employers are American Express, which employs over 9,000 residents, and Banner Health, one of the largest health care systems in the country and the largest employer in Arizona, employing nearly 11,000 people in Phoenix alone. As of May 2022, Phoenix's unemployment rate was 2.9%, well below the national rate of 3.6%. 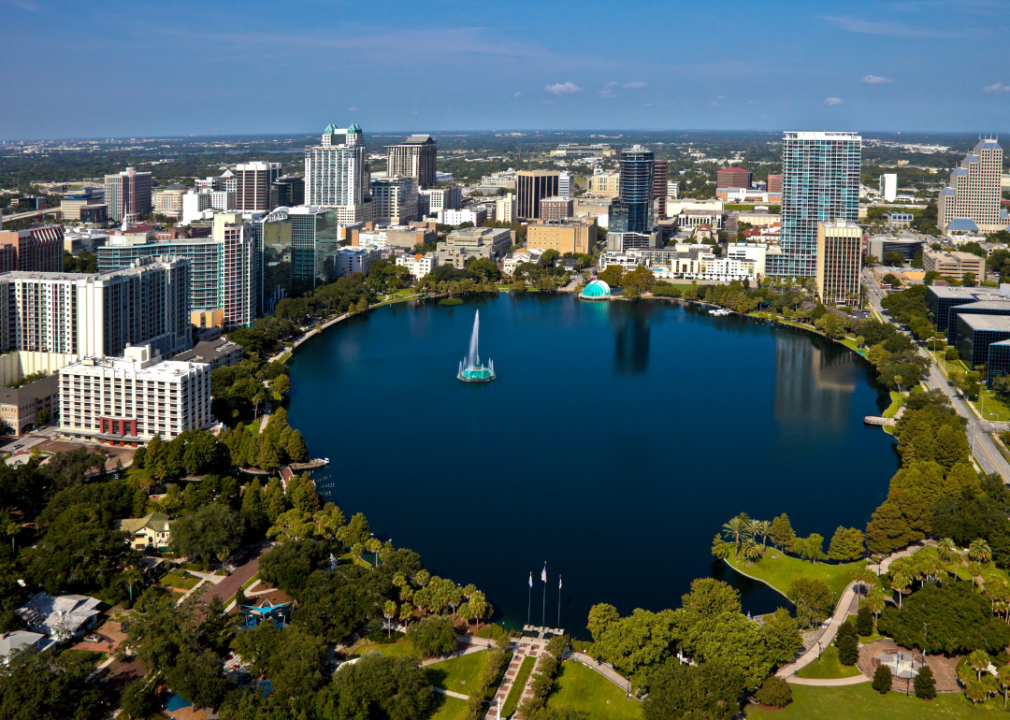 Unsurprisingly, theme parks and resorts dominate Orlando's job market. Walt Disney World Resort employs a staggering 70,000 people, while an additional 24,000 work at Universal Orlando Resort. Other big industries in the city include health care and education. In 2022, Orlando was near the top of the list of U.S. cities with the most extreme housing shortages for low-income renters, a crisis exacerbated by an influx of new residents unimpeded by the pandemic. 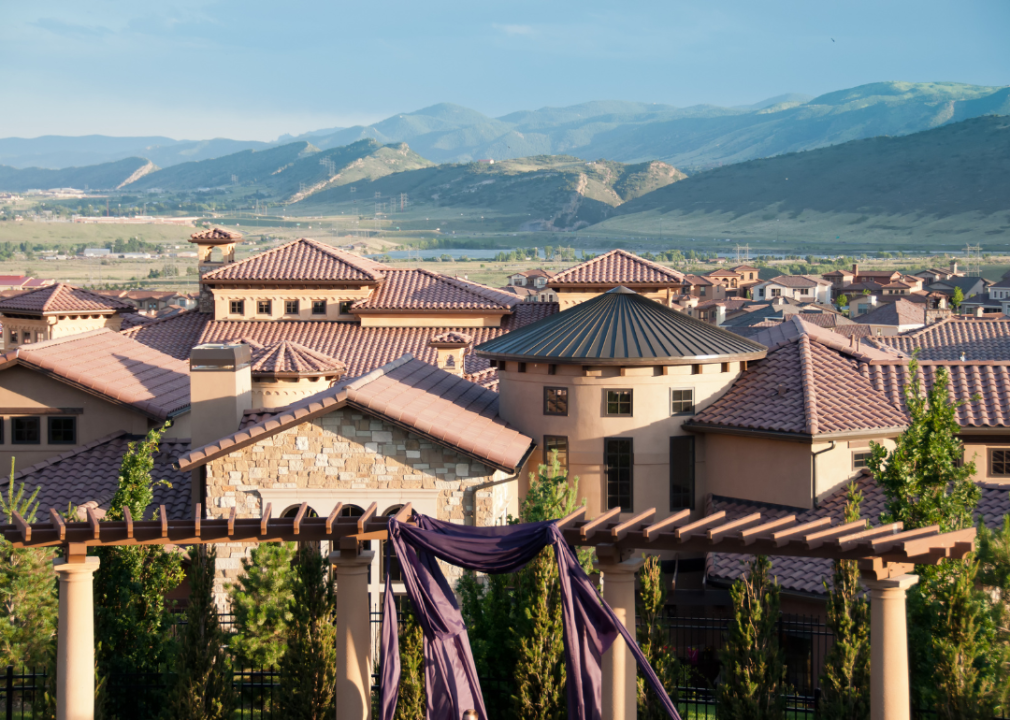 The Colorado capital saw an influx of workers from Chicago, San Francisco, and Washington, D.C. since June 2021. Major industries in Denver include energy, aerospace, information technology, broadcasting, and telecommunications. Over the past year, home prices in Denver have risen 21% due to a surge in demand that has outstripped available housing in the city. 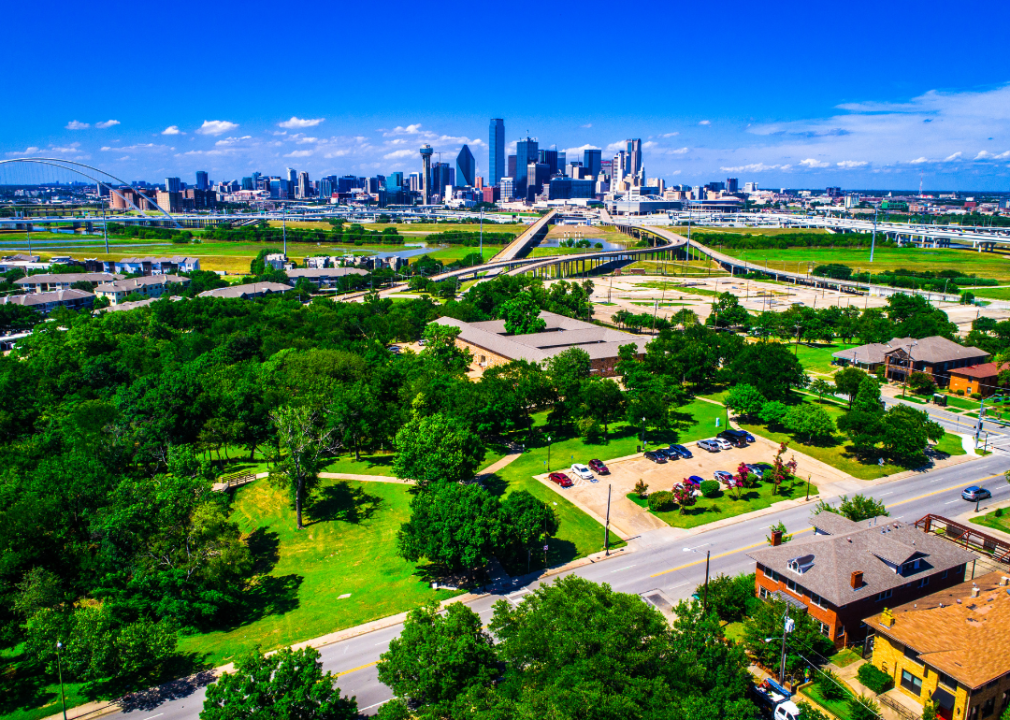 Aviation and aerospace jobs abound in the Fort Worth and Dallas area, as American Airlines headquarters and Lockheed Martin's plant employ thousands of residents. AT&T and Bank of America are other large employers in the metro area. Most workers who have moved to Dallas and Fort Worth since June 2021 are from Los Angeles, Chicago, and New York City. 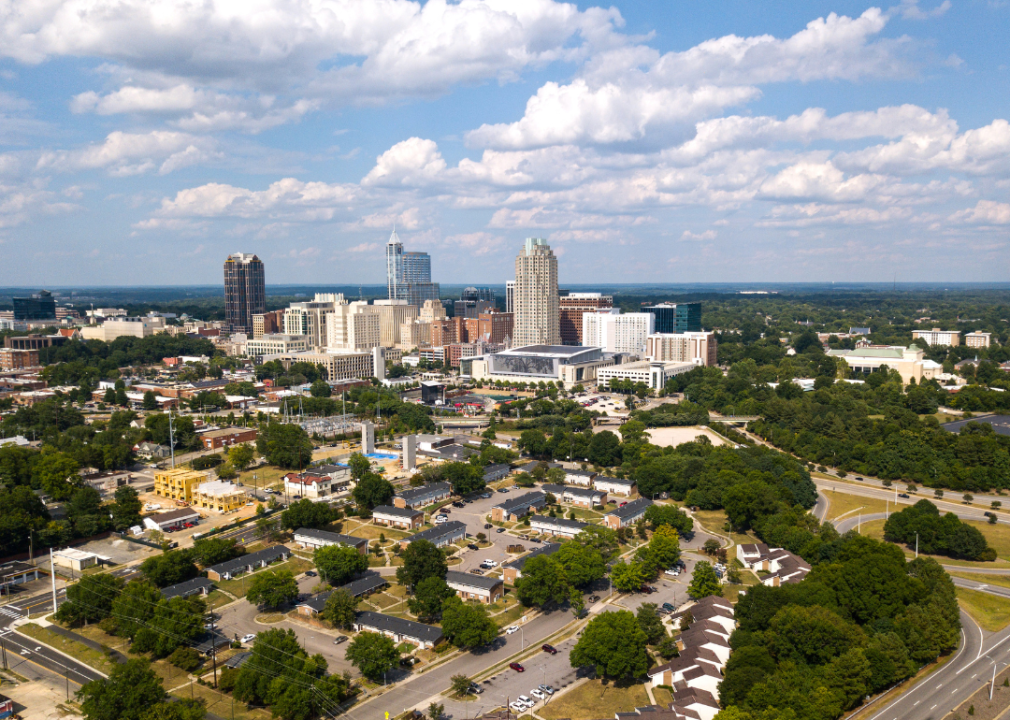 Major tech companies like Apple, Amazon, and Meta have been focusing on the Raleigh and Durham areas, joining an already-burgeoning tech scene there. The cities have also seen an influx of remote workers moving to take advantage of the lower cost of living. North Carolina private schools have seen a surge in enrollment during the 2021-22 school year, while public schools have been losing students. Banking and financial services dominate Charlotte's major industries, with Bank of America, as well as Wells Fargo's East Coast headquarters, located in the city. These two large financial institutions employ over 42,000 people. Another major employer is Atrium Health, a hospital network that employs 39,000 Charlotte residents. The city's rapid rate of population growth is expected to continue; by 2050, Charlotte is projected to grow by 50%. 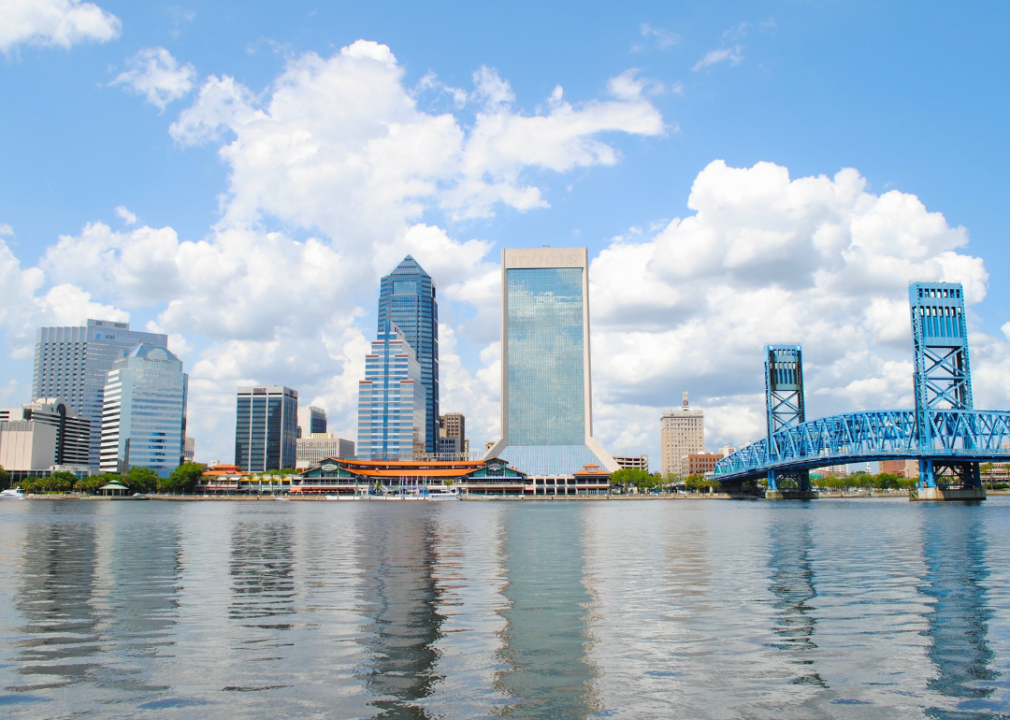 With an unemployment rate far below the national average, at 2.3% as of May 2022, several industries employ large numbers of workers on a seasonal basis in Jacksonville, including hospitality and agriculture. Other top industries include health care, finance, and insurance. Other top industries include health care and finance and insurance. The influx of new residents has created a hot housing market in the city, with average home prices rising almost 26% between May 2021 and May 2022. Rent prices have also skyrocketed, pricing out long-time residents. Tampa Bay's housing market was one of the most impacted by pandemic migration, with the average number of available houses each month dropping by 75% while home prices rose by 28%. Tourism, manufacturing, and financial services are among the major industries in the area, which includes the cities of Tampa, St. Petersburg, and Clearwater. Its seaports, including Port Tampa Bay, are also drivers for the region's economy. 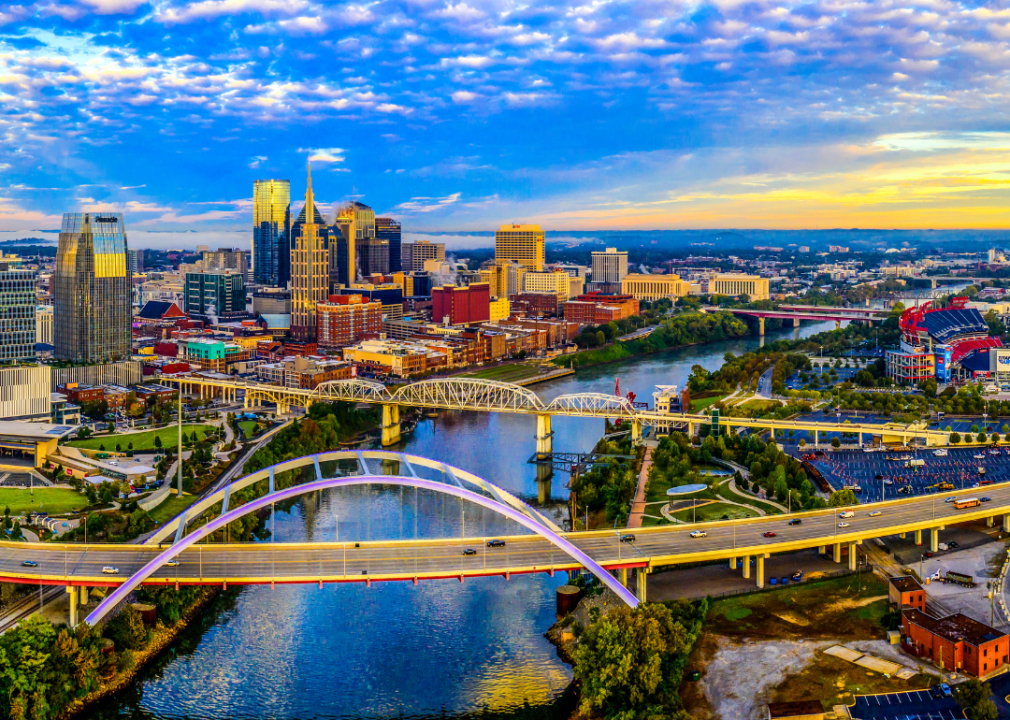 Workers from Los Angeles, Chicago, and New York City have flocked to Nashville since June 2021. Major industries include education, health services, and trade and transportation. The city's largest employer is Vanderbilt University and Medical Center, where almost 25,000 residents work. The cost of living has increased dramatically over the past decade, with housing prices more than doubling and nationwide inflation driving up food and gas prices. The city has also become far more populous, gaining roughly 400,000 new inhabitants. 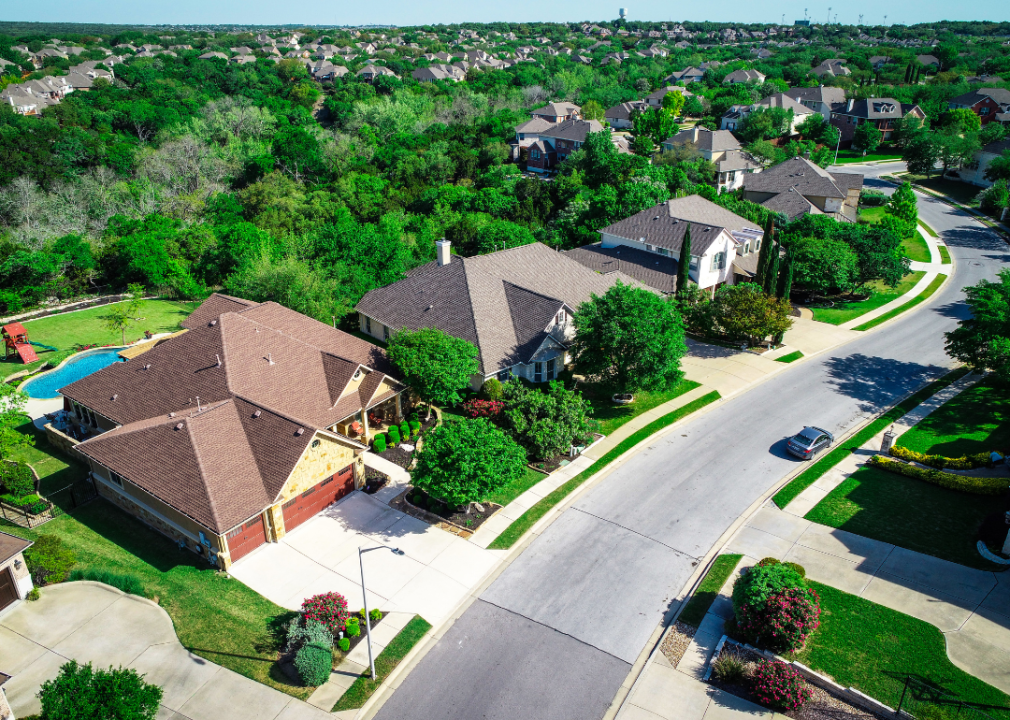 Over the last several years, Austin has become a hub for big tech companies and startups, drawing speculation that it is destined to become the next Silicon Valley. Google, Oracle, Apple, Meta, and other massive tech companies have already established secondary offices there. Between 2010 and 2020, Austin's cost of living increased by 17.8%, the 12th-largest increase of all American metro areas. The greatest influx of workers to Austin has come from the San Francisco Bay Area, Los Angeles, and New York City.

This story originally appeared on Angi and was produced and distributed in partnership with Stacker Studio.