Stacker curated this slideshow of 15 award-winning television shows with season finales that were met with controversy. All programs must have won at least an Emmy or Golden Globe in at least one category. 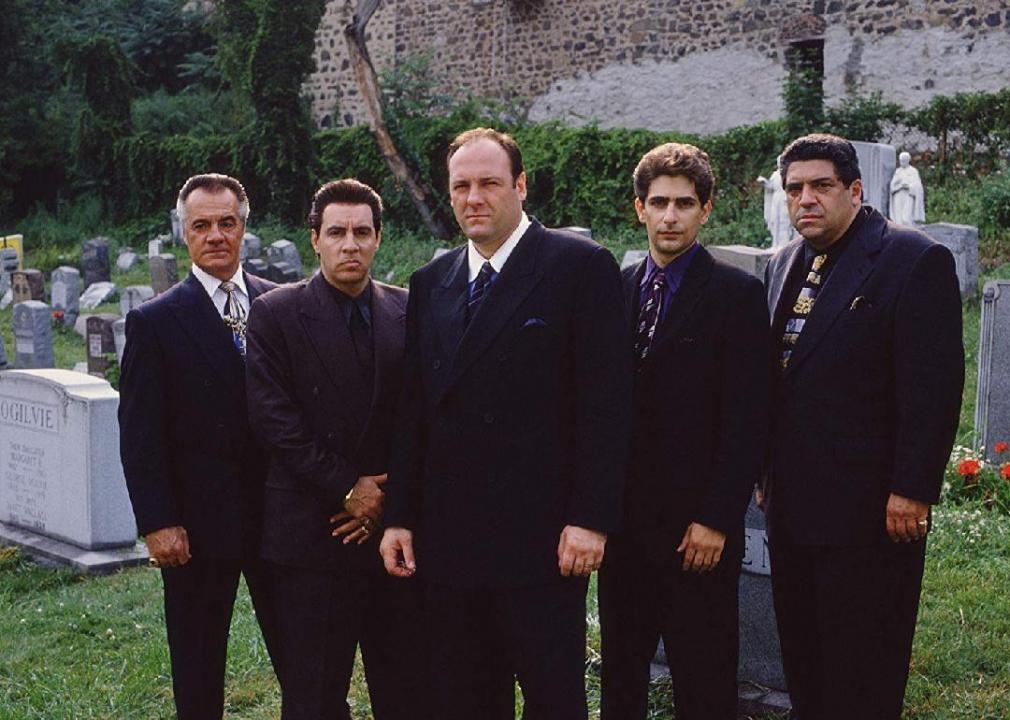 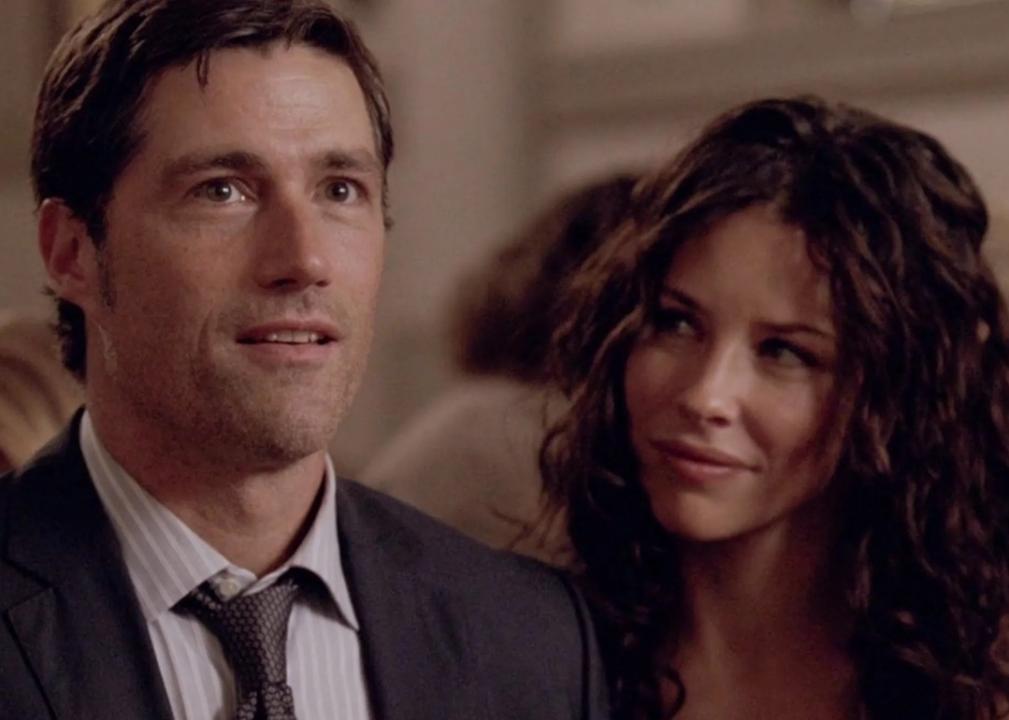 Whether discussing character arcs with co-workers around the water cooler or dissecting developing storylines on social media, there's a special kinship among fans of critically acclaimed television shows. The bond is strongest when a series is poised to end, with viewers gathering around televisions all over the country to bid adieu. The much-anticipated conclusion of AMC's "Breaking Bad" inspired watch parties complete with cocktails chilled with blue-tinted ice cubes, while the series finale of HBO's "Game of Thrones" rewarded the cable giant with record ratings.

When the final episode of a beloved series falls short, however, the backlash can be severe. What exactly makes for a controversial finale? Clever writers with overly cerebral ambitions tend to polarize audiences, as do characters who fail to stay true to form. Audiences also take issue with unresolved questions and unbelievable plot twists. Occasionally, the off-screen antics of the show's star—or even his or her absence—will impact the tone of a show's final episode.

Stacker curated a list of 15 television shows marred by season finales that generated controversy—all of which have won at least one Emmy or Golden Globe in any given category. Keep reading to see if any of your favorite programs made the list. Warning: Spoilers ahead.

You may also like: Fan campaigns that saved TV shows from cancellation 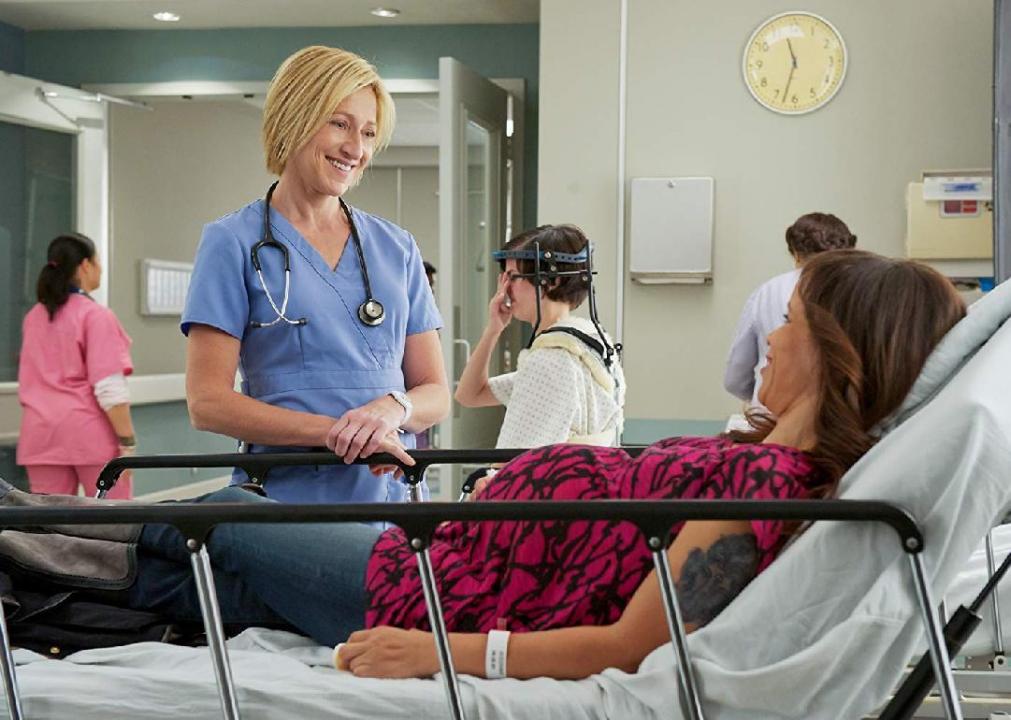 Edie Falco won an Emmy for her turn as the chronically stressed, pill-popping ER nurse Jackie Peyton on Showtime's critically acclaimed drama. The show sparked controversy immediately after it debuted, with the New York State Nurses Association denouncing the anti-hero's flagrant disregard for the profession's Code of Ethics. Fans were both confused and disheartened by the intentionally ambiguous series finale, which fails to specify whether Jackie lives or dies after an intentional overdose.

Little House on the Prairie 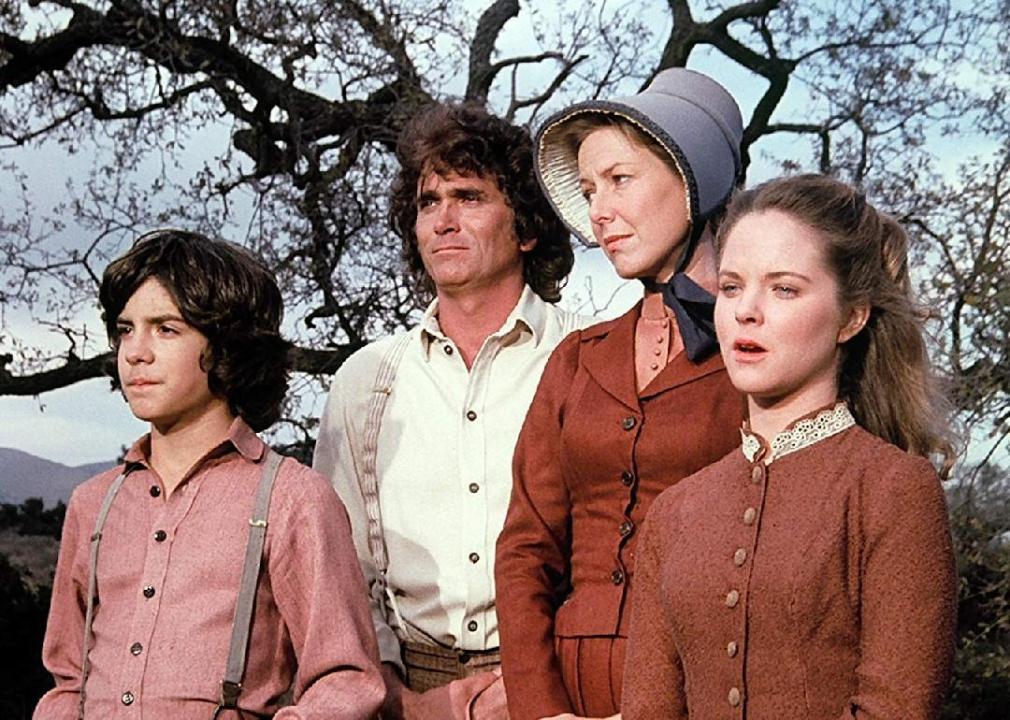 Based on the memoirs of 19th-century pioneer lass Laura Ingalls Wilder, the popular '70s series "Little House on the Prairie" won Emmys for outstanding music and cinematography during its nine-year run. But the series finale was more "Mad Max" than heartwarming family fare, with the townsfolk laying waste to their own community to keep it out of the hands of a developer. Star Michael Landon came up with the idea to blow up Walnut Grove, which served double duty by allowing the producers to make good on their promise to get the filming location back to its original state when taping concluded. 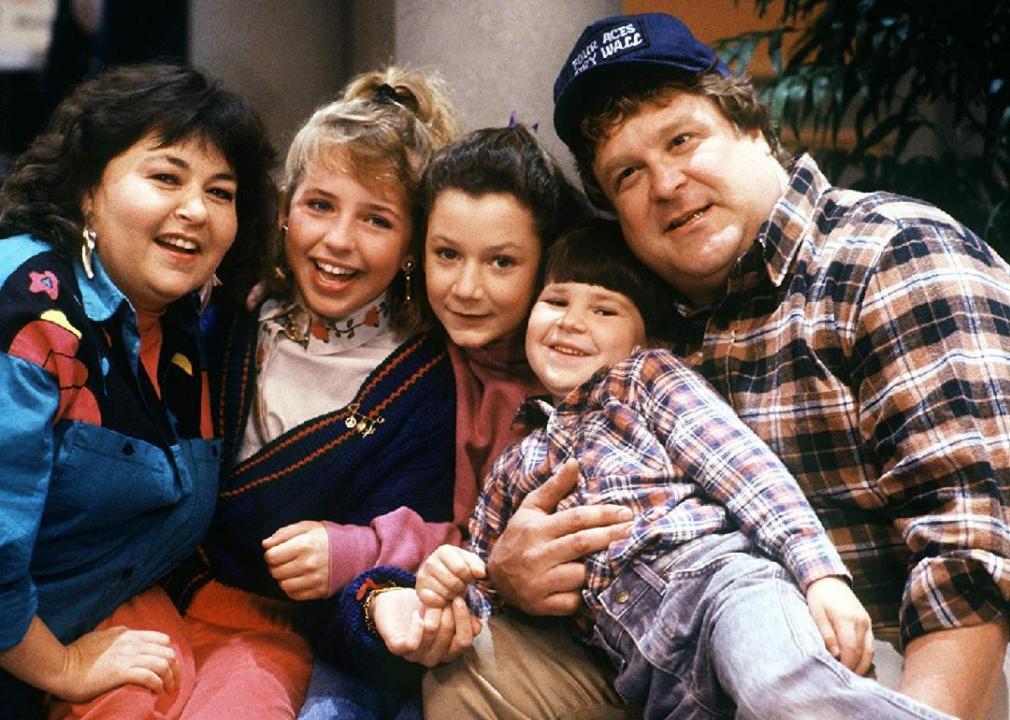 When "Roseanne" debuted on ABC in 1988, it was praised for its honest and genuinely funny portrayal of a working-class American family, garnering numerous Emmys and Golden Globe awards over its 10-year run. By the time the show hit its final season, however, it had devolved into a bizarre parallel universe in which the Conner family hits the lottery and joins the ranks of the nouveau riche.

To wash their hands of this preposterous turn of events, the show's entire nine-year run was portrayed as a fictional story written by matriarch Roseanne Conner. Controversy continued to plague the 2017 reboot "The Conners," with creator Roseanne Barr being dismissed from the show after posting racist tweets. 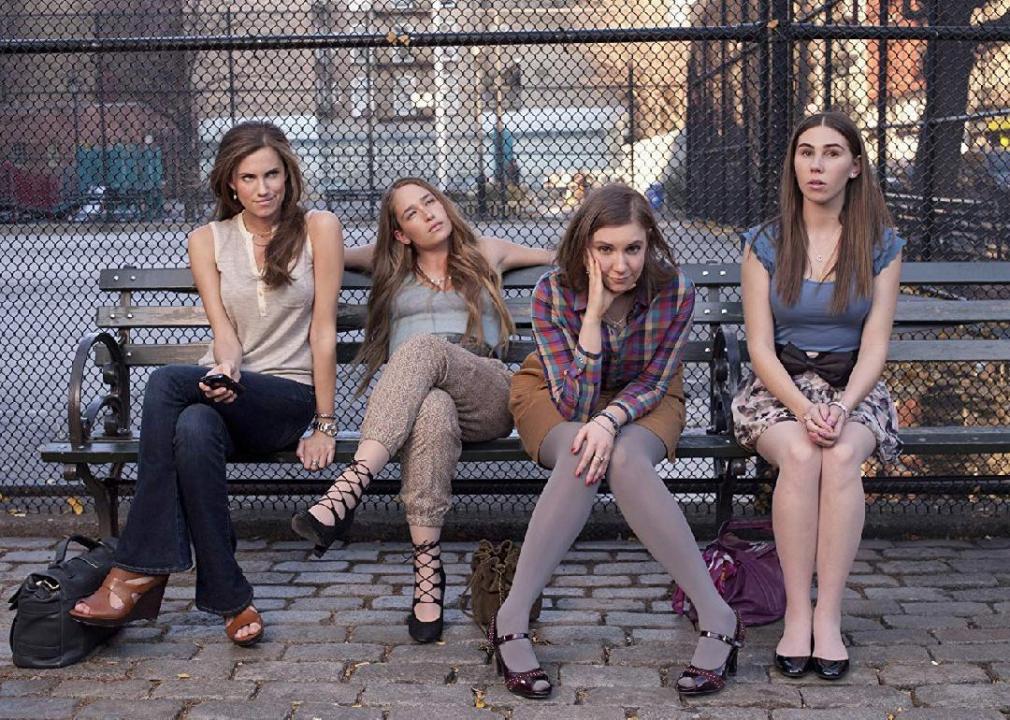 Showrunner Lena Dunham's "Girls" was called out for many things during its six-season run, including its glaring lack of diversity, a dearth of likable characters, and a preoccupation with first-world problems. Despite these objections, the show nevertheless received critical acclaim, nabbing the Golden Globe for Best Television Series (Musical or Comedy) in 2013. Fans who followed the show for six seasons were disappointed in the relatively bland episode which dispensed with two of the series' four female leads. 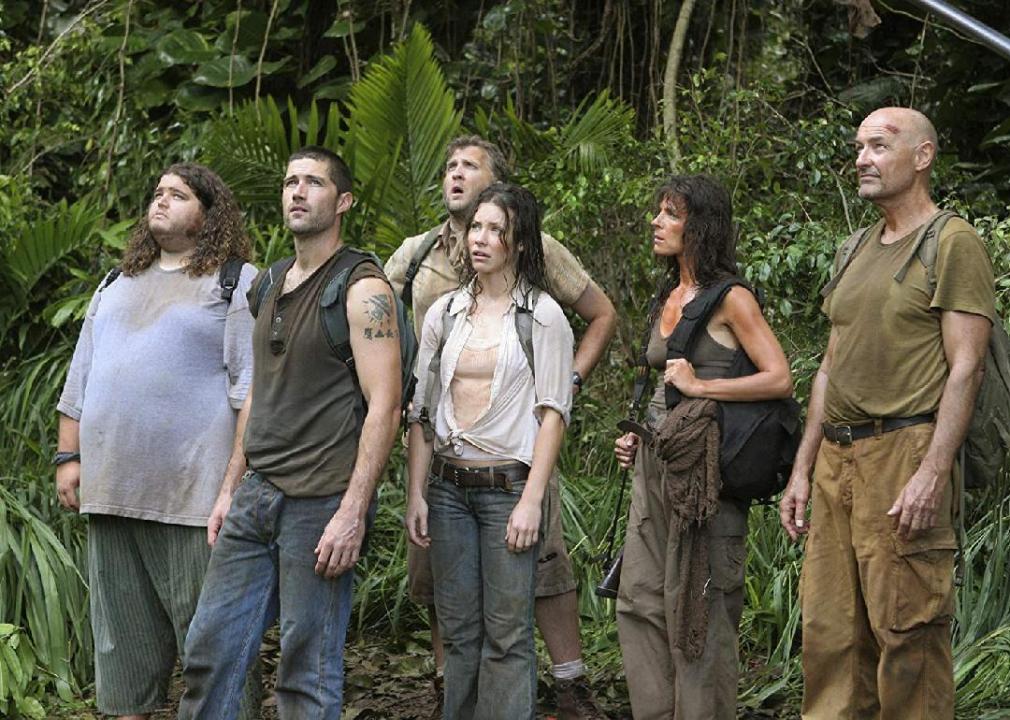 "Lost" won a slew of awards during its six seasons, including an Emmy for Best Drama Series in 2005. The enigmatic show developed an almost cult-like following, with devotees obsessively posting theories about the fate of the passengers of ill-fated Oceanic Airlines Flight 815. The series finale further confused—and irritated—viewers, suggesting that the passengers hadn't survived the crash at all, but had died on impact. Although some fans loved the ending, many were left with more questions than answers. The blowback was so intense that "Lost" co-creator Damon Lindelof shut down his Twitter account.

You may also like: 100 worst horror films of all time 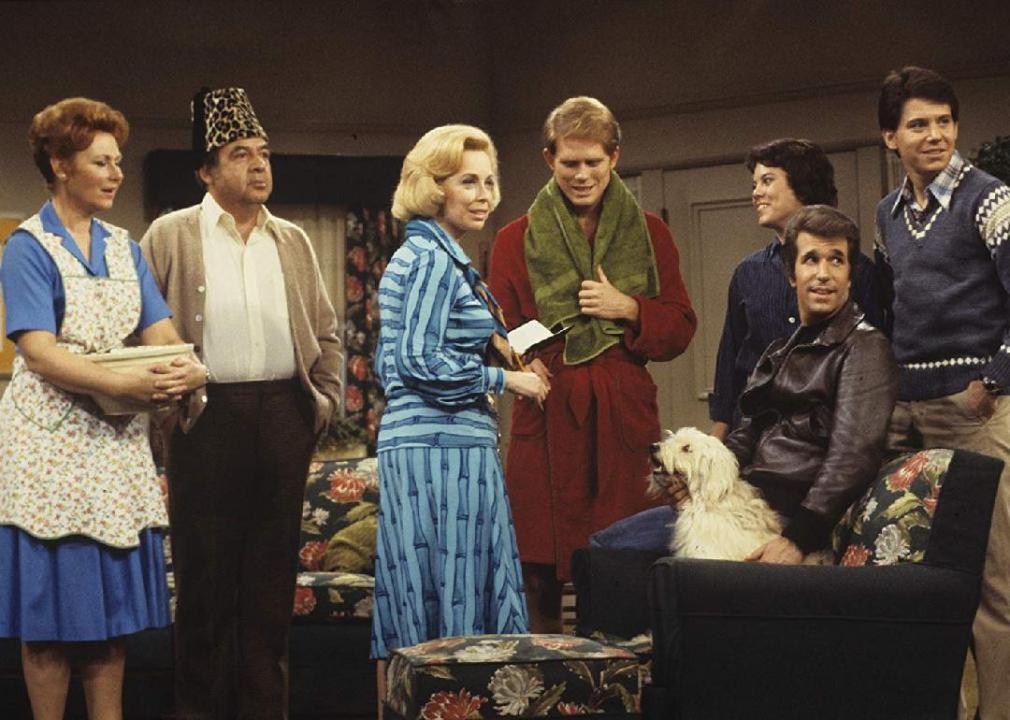 ABC's long-running '70s sitcom may have literally "jumped the shark" in season five, but the series limped through five more lackluster seasons after that. "Happy Days" lost three of its primary leads along the way, including Ron Howard who won an Emmy for his turn as all-American boy Richie Cunningham. The 1984 finale celebrated the marriage of lovebirds Joanie Cunningham and Chachi Arcola, a popular end-of-series trope. The episode, however, wasn't the end of "Happy Days." Five more previously unaired episodes that sequentially predated it graced television screens several months later, essentially unraveling the grand finale. 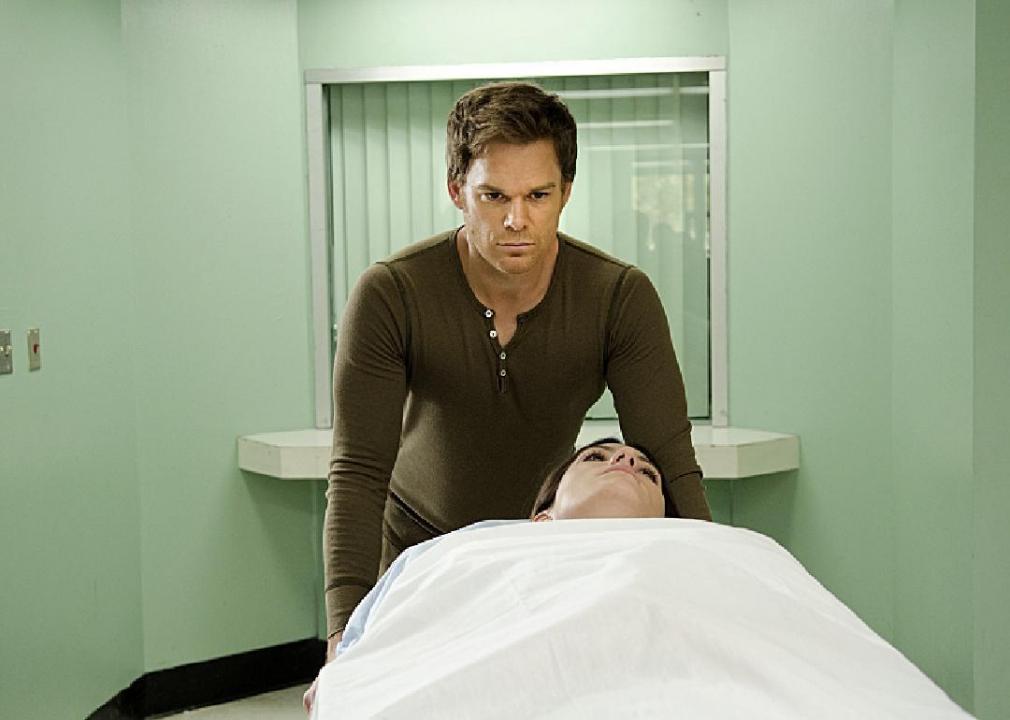 Fans and critics alike found fault with the final episode of the Emmy-winning black comedy "Dexter," in which Miami blood-spatter-analyst-turned-serial-killer evaded punishment for his crimes and instead embarked on a new life as a Pacific Northwest lumberjack. Writers blamed Showtime for the unfulfilling finale, with execs nixing the very thought of offing the charming psychopath.

Even Michael C. Hall, who played the eponymous antihero for 11 seasons, expressed disappointment with the show's send-off. That dissatisfaction helped to inspire Hall's return for a chance at redemption with the 2021 spinoff, "Dexter: New Blood." Since that series finale in January 2022, Hall assured fans, "Dexter is dead." 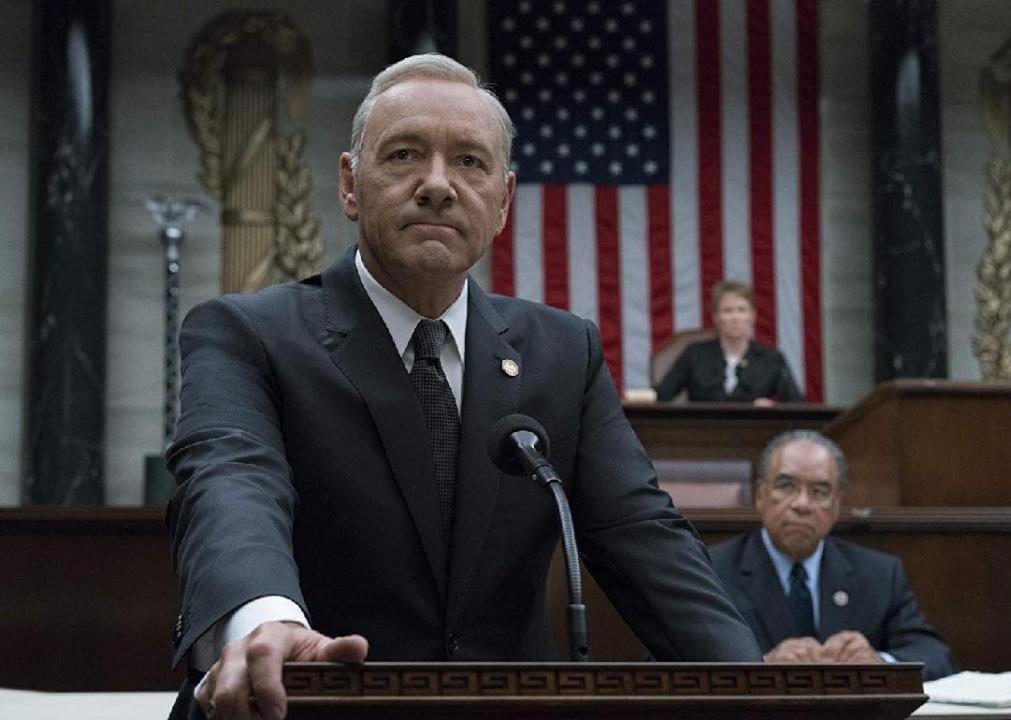 Netflix's "House of Cards" racked up a slew of Emmys and Golden Globes during its six-year run, but faced significant obstacles during its final year when star Kevin Spacey was fired due to allegations of sexual misconduct. The series finale tested the patience of fans—many of whom panned the episode on social media, particularly the final scene in which President Claire Underwood plunges a letter opener into Chief-of-Staff Doug Stamper. 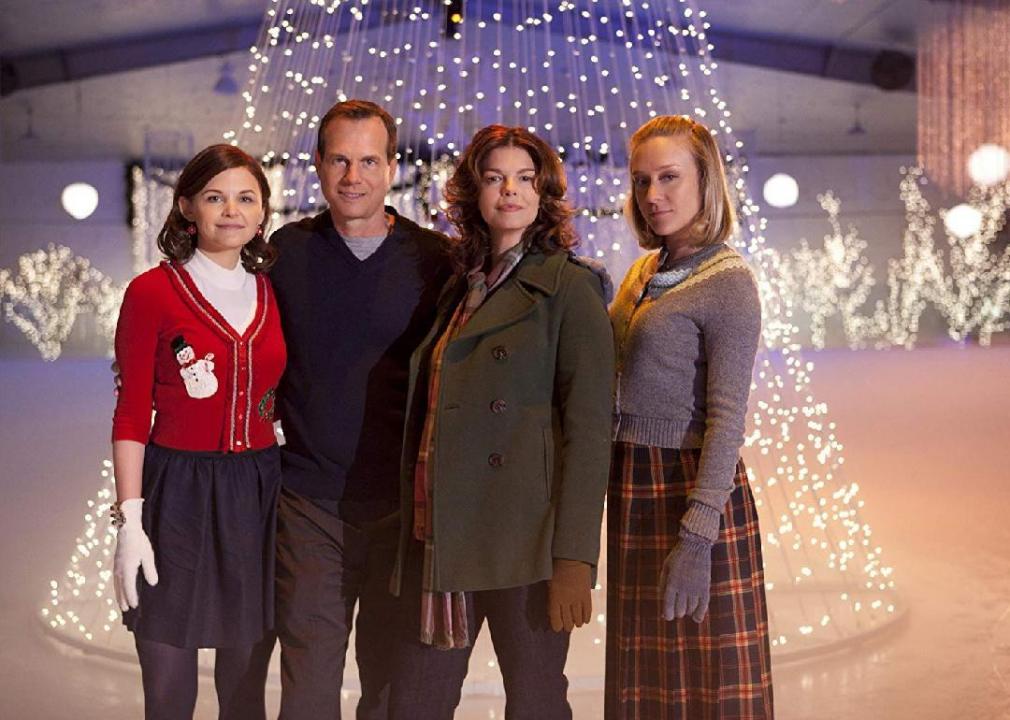 Chloë Sevigny took home a Golden Globe for her portrayal of Nicki Grant, second wife of modern-day polygamist Bill Hendrickson (Bill Paxton). Fans who followed the show for five seasons were emotionally prepared for the high priest of the Hendrickson clan to be taken out by one of Nicki's fundamentalist relatives, or even the mainstream LDS church, in the series finale.

What they couldn't abide was his seemingly senseless murder at the hands of an otherwise benign neighbor over a landscaping issue. The unexpected twist polarized viewers, many of whom felt the ending fell flat. 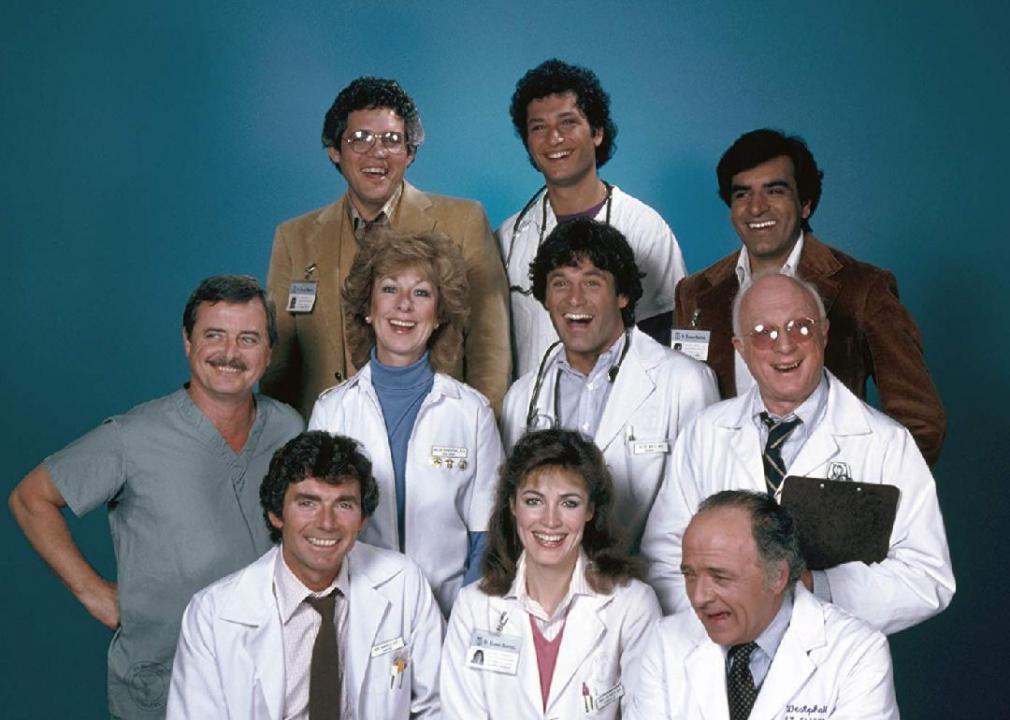 Viewers tuned into NBC's Emmy-award-winning "St. Elsewhere" for six seasons, gripped by its pioneering realism. Fans of the gritty drama were thrown for a loop by the final sequence of the series finale, in which the autistic son of Dr. Westphall gazes into a snowglobe containing a miniature model of Saint Eligius—the implication being that the entire series had been a figment of his imagination. 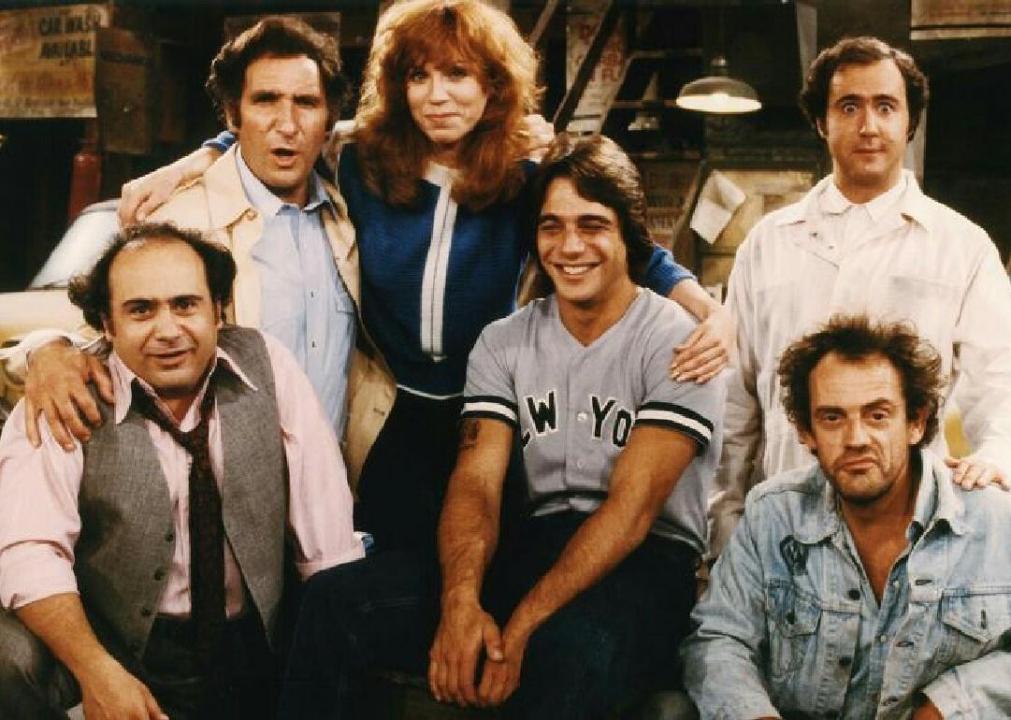 "Taxi" received critical acclaim when it debuted in 1978. The sophisticated sitcom, however, never attracted a broad audience and was canceled after a four-year run on ABC. It was picked up by NBC the following year but then unceremoniously axed again after just one season. Notable for its ensemble of kooky characters, including Andy Kaufman's Latka Gravis and Danny DeVito's Louie De Palma, the cult classic never had a finale—a fact that still rankles fans.

Two and a Half Men 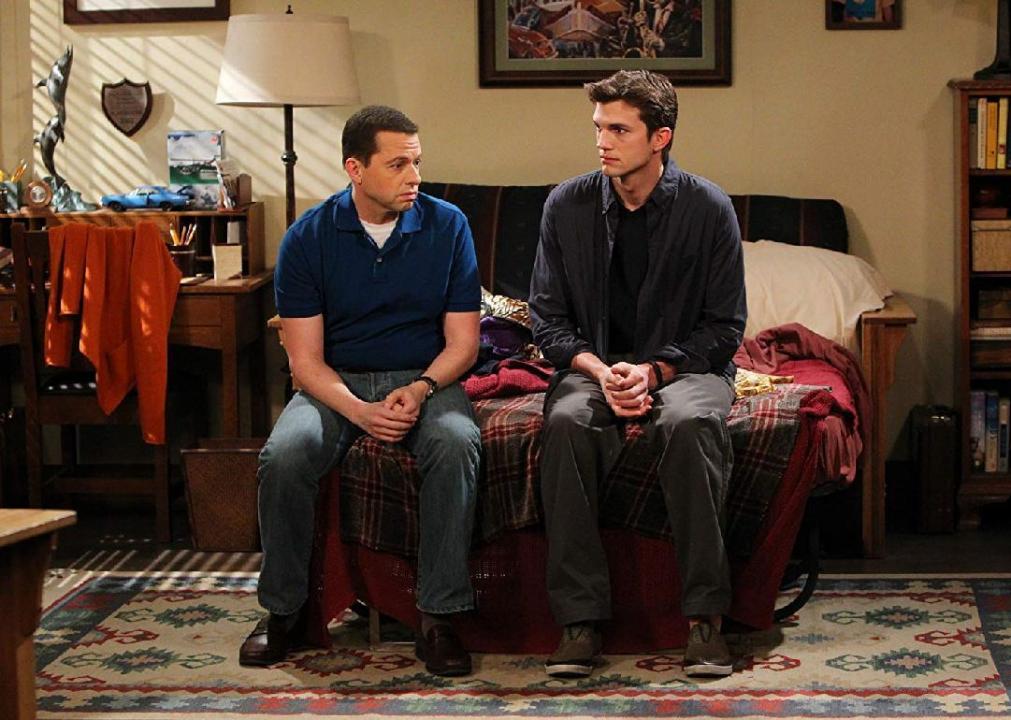 "Two and a Half Men" was no stranger to controversy during its 12 seasons on CBS and, true to form, went out with a bang. In 2011, production stalled when star Charlie Sheen checked into rehab and dissed executive producer Chuck Lorre—sparking a bitter feud between the two men. Sheen was dismissed from the series, and Emmy winner Jon Cryer was left to carry the show with newcomer Ashton Kutcher. Lorre had his revenge in the series finale when Sheen's character was resurrected by a stand-in and unceremoniously crushed by a piano. 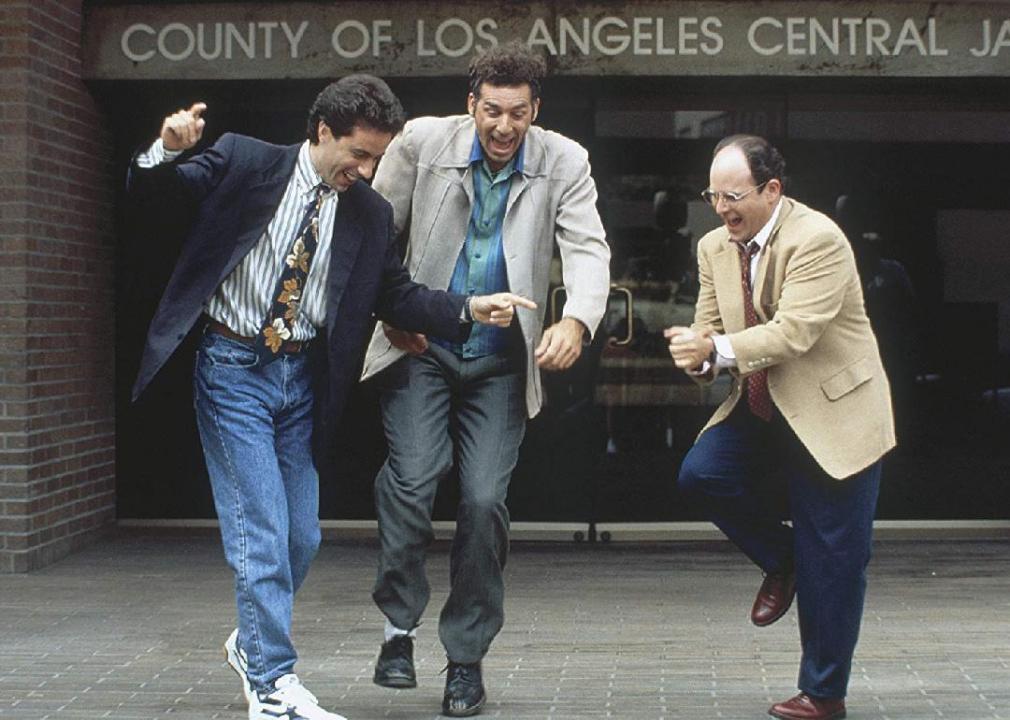 NBC's Emmy-award juggernaut "Seinfeld" was met with lukewarm ratings when it debuted in 1989. Nine years later, the final episode pulled in an audience of more than 76 million. Enthusiasts of the quirky comedy, however, were baffled by the two-part series finale, which ended with the morally challenged quartet imprisoned for violating the Good Samaritan Law. Touted as the "show about nothing," many felt the storyline too contrived, with even Jerry Seinfeld expressing conflicted emotions about the show's conclusion. 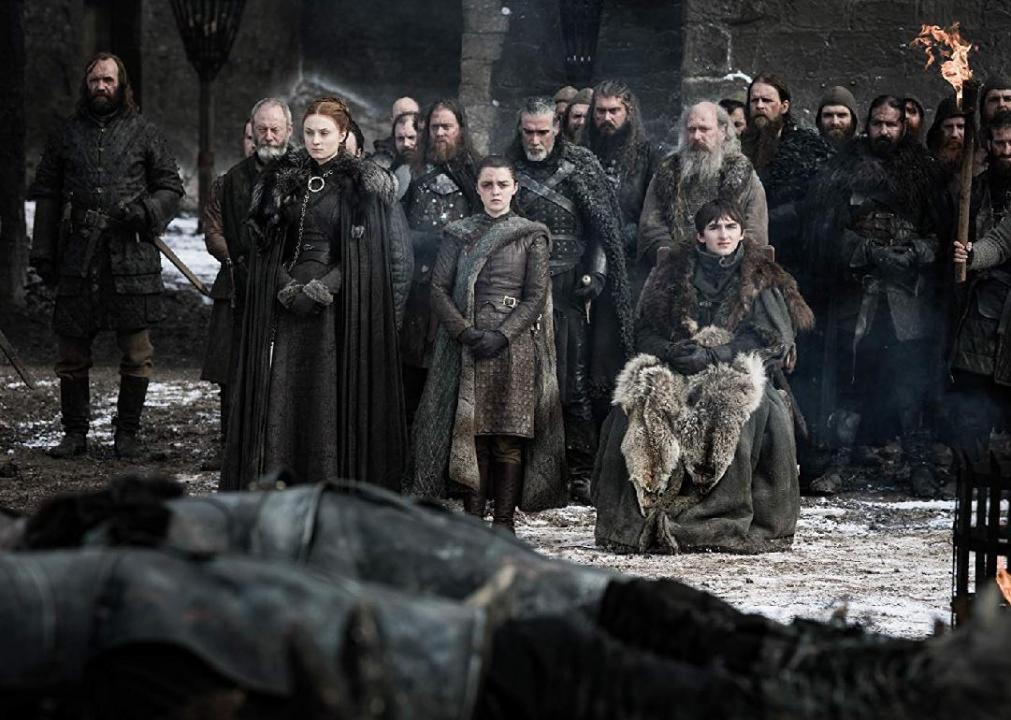 After investing in eight seasons of HBO's "Game of Thrones," viewers tuned in to the final episode in record numbers, anxious to learn which clan would finally capture the Iron Throne. Although that burning question was answered, audiences were nevertheless disappointed on several fronts—most notably the transformation of empathetic ruler Daenerys Targaryen into a bloodthirsty tyrant. Irate fans took to social media, with more than 1.2 million people signing a petition demanding a remake of the final episode.

HBO's Emmy-award winning "The Sopranos" literally left fans in the dark when the final scene of the long-running drama unexpectedly cut to black, failing to clarify the fate of mob boss Tony Soprano. Series creator David Chase originally conceived of the series with the mafia don's death as the inevitable denouement, but as the series hurdled toward the close of its 12-year run, Chase opted instead for a more ambiguous ending. Twenty years after the first show premiered, fans continue to debate whether or not the mafia don and his family were gunned down in the bustling New Jersey diner.

You may also like: 100 best films of the 21st century, according to critics