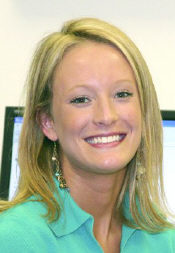 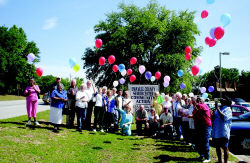 Notice To Creditors And Debtors Georgia, Emanuel County All creditors of the estate of Annie Myrtle Bloodworth, decedent, late of Emanuel County, are hereby notified to render in their demands to the undersigned according to law, and all persons indebted to said estate are required to make immediate payment to me.

This the 15th day of April, 2005. Faye Riner, executor of the estate of Annie Myrtle Bloodworth, decedent, P.O. … Read More

We all know the story about The Boy Who Cried Wolf, don’t we? If you lie too many times, pretty soon nobody will believe you if you do happen to tell the truth one day. The Georgia woman who went missing last week, sparking a massive search complete with sniffing dogs, called in three days later to say she had been “abducted.” Still later, she finally confessed that she ran … Read More

NASCAR ® is a registered tradem ark of the National Association for Stock Car Auto Racing, Inc.

THE FORCE IS WITH JEFF GORDON By Gerald Hodges/the Racing Reporter Jeff Gordon became the first three-time winner of the season as he led 132 of the 194-laps Sunday at Talladega Superspeedway. With his No. 24 Pepsi Chevrolet sporting a special “Star Wars” paint scheme featuring the Yoda, Gordon won … Read More

A Louisville woman on Meadowlake Pkwy. reported a woman, whom she identified, threatened her.

A man on Brown St. reported a male, whom he identified, struck his vehicle with a 4-wheeler.

Employee at Enmark reported a woman, who was identified, pumped $3 in gas and did not pay.

A man who parked his car on … Read More

Four members of the David Emanuel Academy track team qualified for the state track meet by finishing in the top four of their respective events at the region meet held at Robert Toombs Christian Academy in Lyons last Thursday. The state meet will be this Friday and Saturday at Hugh Mills Stadium in Albany.

Mr. Holton was born in Treutlen County and had lived in Pooler since 1952. He retired from Union Camp after 42 years and was preceeded in death by his father, Romanus Holton and his brother Aldred Holton. Mr. Holton enjoyed fishing and riding his motorcycle.

Survivors include his wife of 50 years, Betty Jean Holton of Pooler; 4 … Read More