The bride-elect is the granddaughter of Wayne and Helen Scott and Ms. Hazel Jones and the late George Jones, all of Swains-boro. A 1999 graduate of Swainsboro High School, Miss … Read More

To be noted Ohoopee Jamboree

NASCAR ® is a registered tradem ark of the National Association for Stock Car Auto Racing, Inc.

GANASSI TEAMS FIRED UP FOR PHOENIX By Gerald Hodges/the Racing Reporter Greg Biffle turned in a strong performance as he won Sunday’s Nextel Cup race at Texas Motor Speedway, handing Roush Racing their third win of the season. But what was apparent during the race was the performance of the … Read More

GEORGIA, EMANUEL COUNTY By virtue of a Power of Sale contained in that certain Security Deed from Ronda Kirkland to Branch Banking and Trust Company, dated December 22, 2003, recorded December 23, 2003, in Deed Book 217, Page 458, and modified in Deed Book 234, Page 389, Emanuel County, Georgia Records, said Security Deed having been given to secure a Note of even date in the original principal amount of … Read More

Georgia Southern University will celebrate its centennial next year, and historian Del Presley is looking for alumni from the 1930s, ’40s and ’50s to help him assemble a history of the institution.

“We’re looking for graduates who knew what to do when someone yelled ‘Air raid!’ or followed Teachers basketball in the Alumni Gym,” said Presley, a professor emeritus and official centennial historian. “These are people who were students when … Read More

Mrs. Moore was born on Dec. 21, 1931 to the late Avery Frank Cope and Georgia Oday Cope in Canton, N.C. She was preceded in death by her husband, Charles C. Moore; and brothers, Kenneth, Ray, Bill and Pete.

Linda Courts says she is “thrilled and optimistic.” The light at the end of the tunnel grows brighter. Peace may come in our time. Bulldog Nation is preparing to stack arms. The Mike Adams-Vince Dooley Wars are over.

That is Ms. Courts’ apparently sincere view. This generous patron of Georgia higher education should know. Ms. Courts is chair of the University of Georgia Foundation Board of Trustees, a sort of … Read More 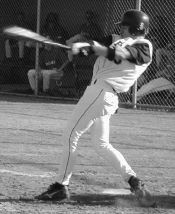