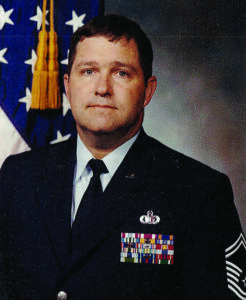 Terry Eugene Foskey, 61, of Biloxi, Mississippi, left his earthly body to receive his heavenly wings on Saturday, April 25, 2020 in his beloved home with his family that loved him dearly by his side. He had a very fulfilled life that he left too early.

Terry was born in Swainsboro on April 16, 1959. He received a master’s degree from William Carey University in business. He retired from the USAF in 2000 after 21 years and five months of service that to took him to Saudi Arabia, Cairo, California, Maine, England, Texas, Greece, Maryland, and Mississippi. While in the military, he received many awards, achievements, and mentored many fellow airmen. He started in the military as an airborne communications analyst, conventional avionics superintendent, communications and navigational systems craftsman, and finished as a financial management and services superintendent. After retirement, he took on a position as a naval contractor at Avondale in New Orleans and at Ingalls for 20 years. He loved his work and took great pride in the editing and design of ships. In his spare time after work, he loved to fish for bass and crappie. He took on many fishing tournaments with his sons by his side. He also enjoyed hunting, riding his Harley, and Amateur Radio. Doing HAM radio was his favorite after he got sick, and it kept him going. He could do morse code and connect with people all around the world. He loved to see how many places and how far away he could connect. Terry will be greatly missed by too many to count. He was an honest and loyal man. He always taught everyone to go after their dreams and passions and never let a day go by that you cannot look back and be proud of. Terry was preceded in death by his father, Gerald Foskey, and his grandparents, Artie Lou and Norman Foskey and Mattie Mae Williams and William Shade Hall.

He is survived by the love of his life of 38 years, Julia Foskey; children, Norman (Nikki) and Bobby Foskey; granddaughter, Julia Katherine Foskey, his princess; his parent, Travis Sears; and siblings, Toni Foskey, Marty Sheppard, and Missy Kilgore.

Due to the COVID-19 pandemic, graveside services with military honors for the family were held at 11 a.m. on Saturday, May 2, 2020 in Swainsboro at Corinth Methodist Church Cemetery. A memorial service in Mississippi for local friends will be held at a later date.

Bradford-O’Keefe Funeral Home, Howard Avenue in Biloxi, was honored to serve this family.