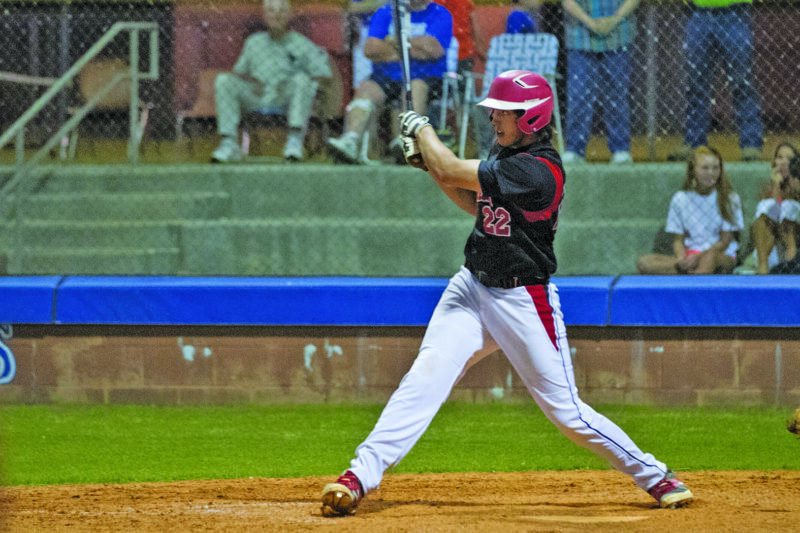 With all high school sports cancelled until August as of now, I thought it would be interesting to look back to some past ECI baseball seasons. With all the sports networks relegated to running reruns to take up programing space to give sports fans a hit on sports, here is a baseball article from 2014. The Bulldogs ended the 2014 season with a 21–8 record. The 2014 team lost in the state playoffs to eventual state champion Charlton County, who featured left-handed hitter LJ Talley who went on to play second base for the Georgia Bulldogs. Talley was later drafted by the Toronto Blue Jays in the second round.

Two of the Bulldog players mentioned in the article (Zach Cowart and Rhett Gay) continued their baseball career pitching for Georgia Southern. Gay, a junior, is currently on the pitching staff for the Eagles. TJ Hackle also continued his baseball career. He went on to play for East Georgia State College, bringing the total number of players on this team who played collegiate baseball to three.

The Bulldogs’ bats got a workout during the 3-game week as they scored 44 runs on 36 hits to bring their season record to 14–1.

Tuesday, they traveled to Mount Vernon to take on the Montgomery County Eagles. The Bulldogs let the Eagles know early this was not going to be the day for an upset as they scored 14 runs in the first four innings while keeping Montgomery off the bases, defeating the home team 14–0.

For the day the combination of pitchers TJ Hackle, Barrett Bonds, and Rhett Gay only allowed two Eagles to reach base on a one-hit, one-walk outing.

Wednesday saw the Bulldogs in Waynesboro to take on the only team that defeated ECI in the regular season in 2013 as they faced the Burke County Bears.

The Bulldog offense was slow to get started as the Bears led ECI 2–0 after three innings. That was about the change as the Bulldogs had an inning that rarely occurs at any level of baseball. With 2 outs and 2 strikes in the top of the fourth, Schuyler Johnson hit a single and the flood gates opened as the Bulldogs scored 13 runs with 2 outs which would have to be a record for any ECI team. The Bulldogs plated 7 more runs in the sixth to bring their total runs for the day to 20.

ECI needed those runs as the pitching staff gave up 6 runs on 12 hits. Rhett Gay yielded 5 runs on 9 hits in 4 2/3 innings while TJ Hackle came to the mound in relief, giving up 3 hits and one run in 1.1 innings.

Leading the Bulldogs at the plate were Zach Cowart 2–3, 4 RBI; TJ Hackle 3–5; and Rhett Gay 2–5. Seven other Bulldogs picked up a hit apiece giving them 14 for the game.

Playing their third road game of the week, the Bulldogs traveled to Brooklet to play the Jackets of Southeast Bulloch.

ECI manufactured a run on the board in the top of the first after a double by Rhett Gay. The Jackets answered back with a run of their own with the first inning ending tied at 1–1.

The game would stay that way until the top of the fourth when the Bulldogs pushed four runs across to lead SE Bulloch 5–1. The Jackets plated 4 runs of their own in the bottom of the seventh, making the score after regulation 5–5.

Neither team was able to get a runner to the plate in the eighth or ninth innings. In the top of the 10th with 2 runners on, the Yellow Jackets decided to intentionally walk Jarrod Downer to load the bases for Barrett Bonds.  Barrett made them pay as he hit a rocket over the rightfielder’s head for a base-clearing, 3-run double. The Bulldogs scored 2 more runs in the top of the 10th to lead the home team 10–5.

The Jackets had a scoreless top of the 10th inning, and the Bulldogs left Bulloch County with their third win of the week.

Zach Cowart started on the mound for the Bulldogs, going seven innings, giving up 5 runs on 8 hits with four strikeouts. TJ Hackle picked up the win in relief, allowing no hits and four walks in 2 innings. Rhett Gay closed the game in 10th giving up a hit and a walk.

James Brown led the Bulldogs at the plate with a 2–4 day. Rhett Gay and Caleb Griggs were 2–5. Bonds had the hit of the day with his 3-run double, driving in 4 runs during the game.

The Bulldogs’ arms on the mound get no rest this week as they have three games on tap, beginning with their seventh road game in a row as they travel to Alamo Monday to take on the Wheeler County Bulldogs.