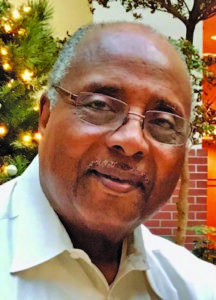 A celebration of life service for Lee Willie “L.W.” Howard, 76, was held at Mosley’s Funeral Home in Swainsboro with Pastor Robert Lawrence officiating. He passed away peacefully Sunday, March 15, 2020.

Lee Willie Howard, or “L.W.” to those who knew him from childhood, was born November 28, 1943 in Stillmore.

He grew up in Stillmore during the 1940s and 1950s. Howard moved to Long Island, New York in 1962, where he raised his family. He worked for the Huntington School District for many years, where he was a master mechanic. If it had four wheels and a motor, he could fix it! In the early 1990s, after some 30 years, Howard left New York and headed south to the Atlanta area of Georgia. There, he retired his mechanics tools and took to the road as a truck driver. It wasn’t long before he earned the nickname, “Road Dog.” In 2017, Howard had the opportunity to partner with Amir Dar, who was looking to start a freight shipping company. He knew Howard could help make this a reality. With the combination of Dar’s business acumen and Howard’s trucking expertise, Lastmile Hero LLC, based out of Norcoss, was founded. With thousands of road miles under their belts, Dar and Howard became more than partners; they became good friends.

He was preceded in death by his father, Willie Lee Howard; his mother, Bell Howard; as well as his two brothers, Boise Buie and Nathaniel (Fam) Buie.