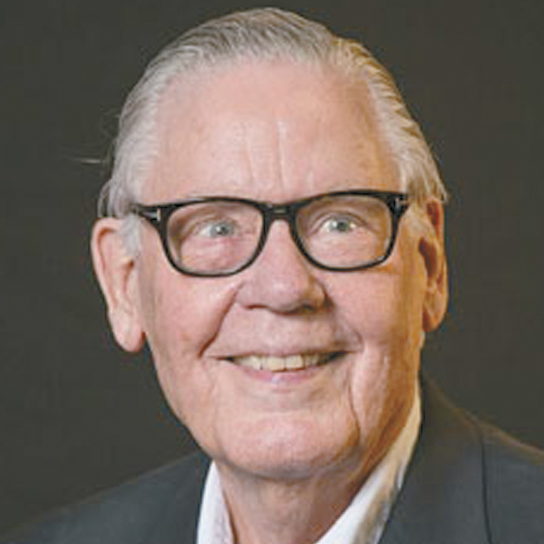 In 1984 when former Vice President Walter Mondale was running for president, he said something during the campaign he wished he had not said and later tried to correct his mistake. I don’t remember the details, but I do remember ABC’s Peter Jennings discussing the matter with political pundit George Will one evening.

Jennings said he thought Mondale had done a good job of explaining what he had meant. Wills replied, “Peter, in politics when you have to explain it, you have already lost the argument.”

That brings me to our newly minted Republican U.S. senator from Georgia, Kelly Loeffler. She is busy trying to explain how she came to unload millions of dollars in stock so soon after attending a private, senators-only briefing on the spread of COVID-19 and just before the markets tanked.

According to the political website Daily Beast, the sale of between $1.2 million and $3.1 million in stocks jointly owned by Loeffler and her husband, Jeffery Sprecher, CEO of Intercontinental Exchange and chairman of the New York Stock Exchange, began the very day of the briefing and continued until mid-February. The 15 stocks that Loeffler reported selling have since lost on average more than a third of their value.

She initially reported many of the transactions as sales of stock owned by her husband. She has since amended the filing to say that most of them were jointly owned.

Interestingly, between the time she was appointed by Gov. Brian Kemp to replace retiring Sen. Johnny Isakson, who stepped down for health reasons and Jan. 23, the day before the briefing, Loeffler did not report a single stock transaction from accounts owned by her or those held jointly with her husband.

OK, now to her explanation. Loeffler said, “This is a ridiculous and baseless attack. I do not make investment decisions for my portfolio. Investment decisions are made by multiple third-party advisors without my or my husband’s knowledge or involvement. As confirmed in the periodic transaction report to Senate Ethics, I was informed of these purchases and sales on February 16, 2020—three weeks after they were made.”

Far be it from me to offer advice to the senator but had she asked me, I would have told her that in politics perception quickly becomes reality. You don’t buy or sell stock from the time you are appointed senator and then on the day of a supposedly secret briefing, you begin to unload between $1.2 million and $3 million of stock? (Cue the eye roll from We the Unwashed.)

Second, I would have told her to tell whoever was managing her and her husband’s portfolios when she was appointed to the Senate to never, never, ever buy or sell any stock that would put her in an embarrassing position as has just occurred. Blimey, she is reportedly worth an estimated $500 million already and she has let someone risk her nascent political career for $3 million? That is pocket change to a gazillionaire like her.

Loeffler’s financial dealings have created a great opportunity for her opponents who are running to replace her in this November’s election.  I am thinking specifically of Rep. Doug Collins, of Gainesville, who endured a shameful smear campaign by a Washington-based special interest group. Assuming the Inside-the- Beltway crowd was trying to punish Collins for considering a run against Loeffler, it failed.  It was one of the dumbest, ham-handed political attacks I have ever witnessed.

How does a guy go from being Donald Trump’s most ardent and high-profile defender during the president’s recent impeachment trial to suddenly becoming a Nancy Pelosi-loving liberal who is soft on crime? If my mail is any indication, that ploy backfired badly, as it should have. Collins has come out of this looking better than ever.

Meanwhile, a lot of Republicans aren’t happy with Loeffler’s financial doings. House Speaker David Ralston says the Republican ticket in Georgia could be “tainted” by her actions. The GOP’s control of political power in the state is tenuous these days and the newbie senator’s actions haven’t helped.

Sen. Loeffler may be satisfied with her explanation, but as George Will said those many years ago: In politics, when you have to explain it, you have already lost the argument. This one may be a loser.

On another matter: Former Columbus Mayor Teresa Tomlinson’s staff reminded me she is running against Sen. David Perdue, not Kelly Loeffler as I stated last week. So noted.

You can reach Dick Yarbrough at yarb2400@bellsouth.net; at P.O. Box 725373, Atlanta, Georgia 31139; online at dickyarbrough.com or on Facebook at www.facebook.com/dickyarb.