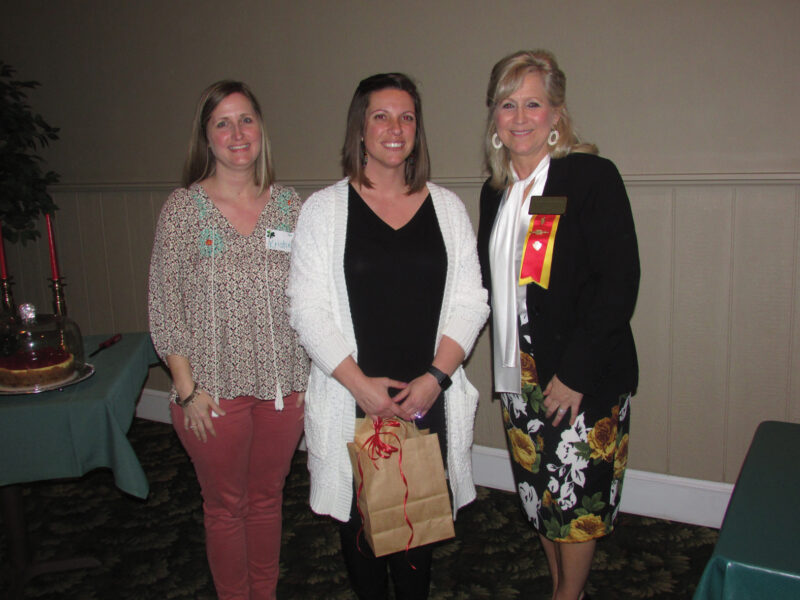 [Editor’s note: Due to incorrect information submitted for the March 25 edition of The Blade, this story is an updated version printed at the request of Beta Beta Chapter.]

The February 24 meeting of Beta Beta Chapter of Delta Kappa Gamma was called to order at Catered Creations at 6:30 p.m. by President Tammy Gray. She welcomed guests and members in attendance and thanked the hostesses for the beautiful decorations. Brightly colored potted plants of cyclamen centered the tables, and a burgundy and white Dendrobium orchid was used on the registration table. The plants would serve as door prizes. Hostesses were chairman Kaye Stephens, Rebecca Thomas, Sue Brewton, Brenda Brown, Mary Dixon, Grace Moore, and Teresa Powell.

The society’s 57th birthday celebration was led by the president, and the group sang “Happy Birthday.” The president also brought homemade cheesecakes to serve as the birthday cake.

Mary Dixon gave the inspiration, and her scripture reference was Matthew 11:29. She stated that troubles are much easier to bear if people are yoked with someone who has an humble heart and seeks God’s wisdom.

Gail McRae gave the World Fellowship report, and Delta Kappa Gamma is helping women around the world by providing scholarships. One student from Chile is studying at Georgia State University and another from South Africa is at The University of Georgia.

In unfinished business, members voted to leave the meeting date the fourth Monday night of the month. The next meeting is April 27.

Doors prizes were given, then the meeting adjournment.