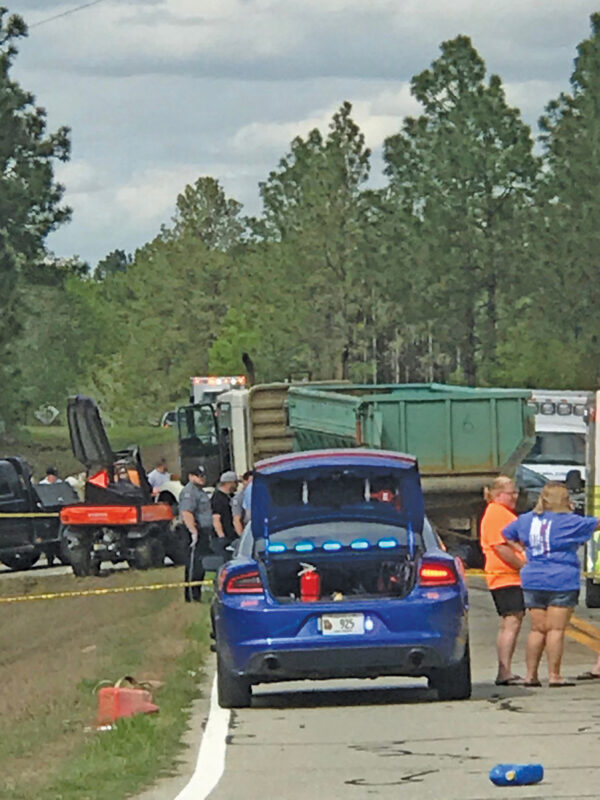 On Saturday, March 21, at approximately 3:35 p.m., troopers from the Georgia State Patrol were dispatched to Highway 221 at Alton Lawson Road for a reported crash.

According to the crash report, the driver of the Kubota, 59-year-old James Mimbs of Adrian, failed to yield to the Kenworth, driven by 57-year-old Ty Powell of Kite, while attempting a left turn on Alton Lawson Road from Highway 221. The Kenworth skidded about 77 feet before striking the front of the Kubota. After the impact, both vehicles became joined and traveled another 260-something feet before coming to an uncontrolled final rest in the southbound lane of U.S. 221.

A witness stated to troopers that the Kubota turned in front of the Kenworth. Mimbs was pronounced dead on the scene, and Powell had no apparent injuries.