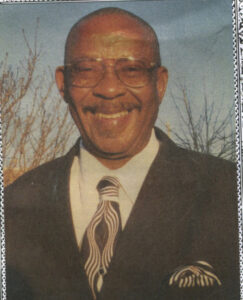 Rev. Eugene Davis was born in Jenkins County to the late Henry and Ezell Davis on August 12, 1939. At the early age of 16, Rev. Davis moved to Atlanta, where he continued his education. He graduated high school and began a career as a professional truck driver. He worked in this career for 36 years and retired.

While visiting Swainsboro as a young man, Rev. Davis met the love of his life, Betty Wadley Davis. They were united in marriage in 1960, and their union produced three children: Craig, Yolanda, and Crystal. On October 16, 2020, their plans were to celebrate 60 years of marriage.

During the time Rev. Davis worked as a truck driver, he was called into ministry. He attended Atlanta Theological Seminary School and later taught at DMC Bible Institution. Upon relocating to Swainsboro, Rev. Davis attended Kingdom School of Ministry and earned a Master of Arts in Ministry. Over his years of service, Rev. Davis attended many workshops and received several certificates.

Rev. Davis was very instrumental in Swainsboro with his service. He was an outstanding leader, mentor, encourager, and counselor. He was one that would reach out to all to tell them about Jesus! Rev. Davis served on Emanuel Medical Center’s chaplain team. He participated on the Emanuel County Office of Elections and Registration Board under the direction of Kerry Curry, director of elections in Emanuel County. He was a member of the Emanuel County Ministerial Association, Inc, and he was a big supporter of the annual MLK parade, of which he was the grand marshal in 2019. Rev. Davis was one of the founders and president of Community Action for Youth, Inc. in Swainsboro, and he continued to work toward the goal of a safe haven for children. In 2020, Rev. Davis was celebrated as the Member of the Year for CAY, Inc. but due to his illness, he was unable to attend the celebration. He was a life member of Prince Hall New Hope Lodge #115 in Summertown under Worship Master Rev. Kenneth Brown.

Reno Tapley Mortuary was in charge of arrangements.