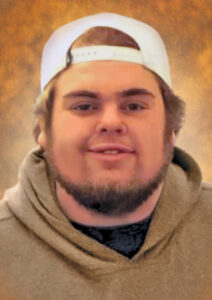 Mr. Flakes was born December 19, 1995 in Savannah to Anita Frawler Davis. He was a loving husband, brother, son, uncle, and, most importantly, a friend. He saw the best in everybody and always made a point to talk everyone he knew, whether you wanted him to or not. He always stood out from the crowd with his crazy personality, colorful hair, and big ol’ smile.

Mr. Flakes was inseparable from his wife, Stephanie. They started their journey together in November 2012 when they attended high school together. Years went by and their relationship grew stronger. On June 2, 2017, he proposed and on November 17, 2018, they got married. It was the best day of Mr. Flakes’ life until January 2020 when they found out they were expecting their first baby.

Family was most important to him. If you thought of him as a friend, he saw you as family. He was the essence of love, good vibes, and friendship—unless you pushed his buttons and in that case, he would push every button of yours he could. His sarcasm and his sense of humor made him unique and sometimes a butthead, but that is what made him Freddy. He was raised in church and loved to sing. His papa and nana loved him whole heartedly. Sing on, big boy.

A celebration of life service will be conducted outside on March 28, 2020 at 2 p.m. at Swainsboro First Church of the Nazarene.