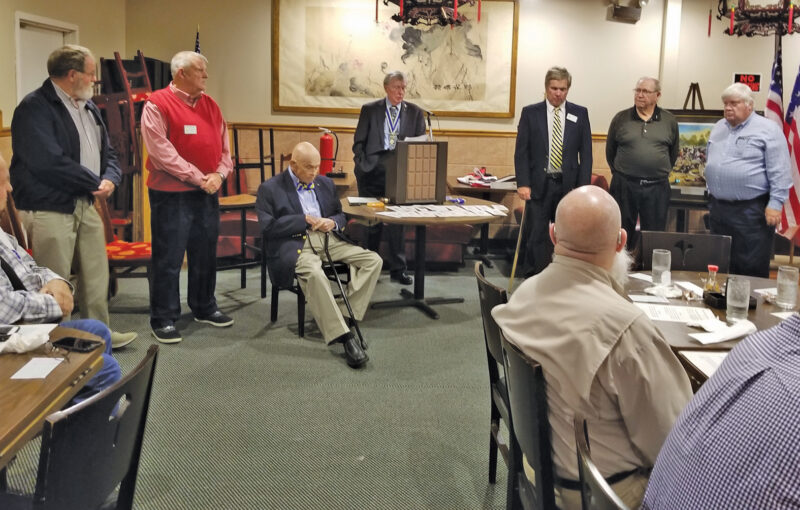 Seven members of the Wiregrass Chapter of the Georgia Society – Sons of the American Revolution received Bronze Roger Sherman medals and certificates at the January 9 meeting for 2020.

The medal is antique bronze and bears on the obverse a portrait of Roger Sherman with the inscription, “Roger Sherman Medal.” The reverse of the medal is inscribed with, “In Appreciation for Service to the SAR.” It is suspended from a chest ribbon of blue, white, and red.

President Wilder Smith presented these medals to these compatriots in recognition of and in appreciation of outstanding services rendered to the Wiregrass Chapter.

To receive this award, these seven members served as active officers for at least two years. The medal is named after Roger Sherman (1721-1793), who was a founding father and the only person to sign all four Congressional papers of the United States, the Continental Association, the Declaration of Independence, the Articles of Confederation, and the Constitution.