; In case you missed it: All inmates accounted for at county jail after escape scare

In case you missed it: All inmates accounted for at county jail after escape scare 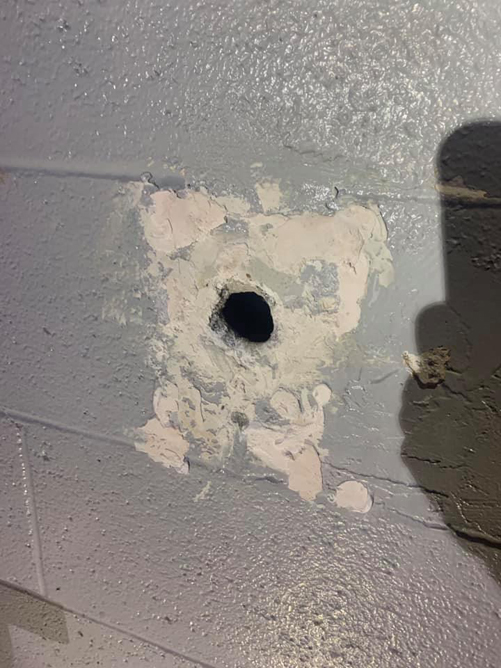 On Monday, February 10, 2020, an alert Emanuel County Sheriff’s deputy was refueling his patrol vehicle at the county jail and heard a series of banging noises coming from one of the walls of the facility. Another deputy pulling into the front parking area heard the same noises.

The deputies immediately reported this to jail officers and locked down the facility. As a precautionary measure, extra deputies and police officers were called in to secure a perimeter around the area of the jail in case an escape had occurred.

A series of roll-call headcounts of inmates was conducted by jail staff as deputies conducted searches of the individual cells.

During the roll-call headcounts, all inmates were accounted for. Deputies located damage that had been done to the cinder block wall inside one of the cells. The inmate inside the cell was moved to solitary confinement as investigation into the matter continues. The cell will be repaired before it is put back in to use.

Sheriff Stephens applauded the actions of the deputies and jail staff for quickly recognizing that something was out of the ordinary and promptly getting the jail secured.

“We are extremely thankful that an escape did not occur and that our citizens can rest easy,” said Stephens. “I appreciate the assistance our agency received from other law enforcement, especially the Swainsboro Police Department, and citizens during this brief scare.”