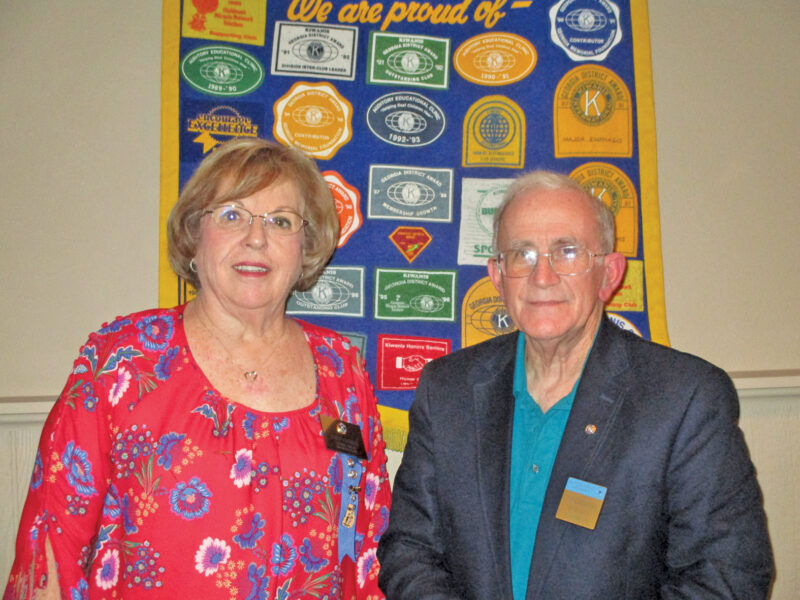 The program for the evening was hosted by Tim Goodman, who presented a program on the Division 17 council meeting held Janaury 31 and the Governor’s Rally in Cobbtown. Seven Kiwanians and two guests represented the Swainsboro Kiwanis Club, the second largest group after host club Tattnall County.

The Division 17 council meeting gave each club an opportunity to update the division on where they were this year. Governor-Elect George Elkins praised the Swainsboro club for getting the name of Kiwanis into local and state newspapers and newsletters.

President Garrett introduced the speaker for the evening, Miss Georgia, Victoria Hall, who sang to the group and gave an inspirational talk on her platform promoting the foster care program in Georgia.

Goodman announced that this year’s candidates for vice governor, Darryl Gumz and Rick Townsend, will be working on the Young Children–Priority One initiative, which targets children under 6-years-old.

President Garrett announced that the club has mid-year training in Henry County on March 7 and that the club’s next run timings will be the Weekend Blessings 5K and 10K runs on March 14 at the George L. Smith II State Park.