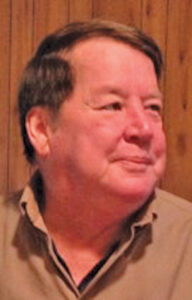 Graveside services were held Friday, February 7, 2020 at 2 p.m. at Swainsboro City Cemetery with Rev. Matthew Shryock. The family received friends and loved ones at their home on Thursday, February 6, from 5 to 7 p.m.

Mr. Clinton “Bruce” Smith Jr. was born in Jacksonville, Florida on January 4, 1952 and although he was born in Florida, he was an avid Georgia Bulldog fan. Smith followed in his father’s footsteps and retired form ITT Rayonier after almost 20 years; also from his father, he acquired the “gift of gab.” Bruce found joy in giving and helping other people. He was a jokester with a dry sense of humor. He enjoyed fishing, “competing” for the best-grown garden, and Elvis—but not necessarily in that order. He shared a special bond with his daughter that only a father could share. His great-grandchildren were the sparkle in his eye and the larger-than-life smile on his face. He was preceded in death by his parents, Clinton Bruce and Lena Corbitt Smith Sr.; and his and Megan’s best friend, Chevy Smith.