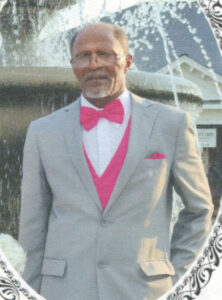 Funeral services for Bennie Steele Jr., 68, were held Sunday, February 9, 2020 at 2 p.m. at Mosley’s Funeral Home in Swainsboro with Rev. Teddy Pierce serving as the eulogist. Repast was held at Vann Community Center in Swainsboro. He passed February 3, 2020.

Mr. Bennie Steele Jr. was born May 6, 1951 in Fort Lauderdale, Florida to the late Bennie Steele Sr. and Ella Mae Mincey Steele. As a young man, he resided in Emanuel County before leaving to serve his country by joining the U.S. Navy during the Vietnam War. After hiss service, he returned home to Emanuel County, where he lived until his death.