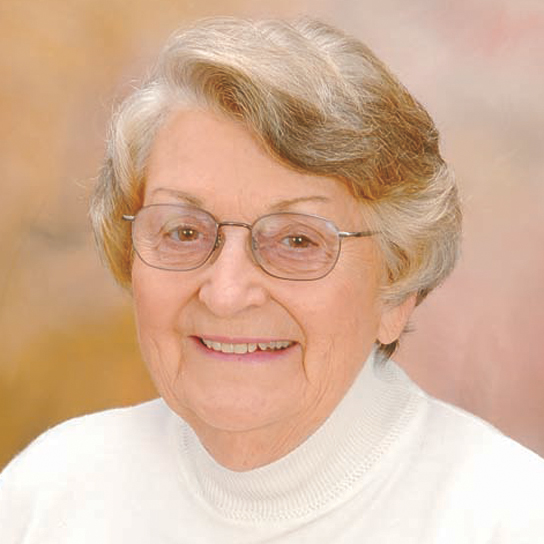 The compliment “legend” is often used, especially when describing sports figures or celebrities. Often, these are short-lived honors after their active time has passed. A true and lasting legend is often stories coming from the past, sometimes not verifiable or even a myth.

February 12 is the 95th birthday of a verifiable, true and what will be a lasting legend. On this birthday, she is already a “legend in her own time.” I can verify this in every way. While not actually a relative, I have never known a time when she was not a part of my life. When I was leaving after the funeral of my last Emanuel County relative, she put her loving arms around me and said, “Shirley, always know that when you want to come home, you can stay with me.” I have taken her up on this many, many times.”

She has been called the “honorary mayor” of Norristown, for she is the one to go to if you have a need of any sort. She knows the history of her little town and the “who, what, and when” of most everything. She’s no gossip and wants to keep the record straight.

Melvie Stephens (or “Tootsie,” as I have always called her) fills each day with love for her family, friends, church, neighbors, Norristown, a stray dog coming past, an ex-prisoner, and even folks who make it hard to love. “Love thy neighbor and do unto others” are not just words. She gives a helping hand, forgiving smile, a pat on the back, ham biscuit, a cup of cold water, a hair trim and home perm, a pot of Brunswick stew, an invitation to church, or whatever is needed to make someone’s life better.

Life has not been a “bed of roses.” Her mother, Sally Durden Wilson, died when Melvie was 5-years-old, and her father, Leo Wilson, was left with a house filled with children and a crop in the field. Melvie was given the care of her 3-year-old brother. There were hardships, but looking back on her childhood, what she remembers most are the love and good times of her tightly bound family. She and her brother, Howard, father of the Reverends Hal and Phil Wilson, rode on the back of a mule to the one-room school at Norristown Junction. Mr. Leo bought fruit for them to take in their lunch since he didn’t know what to prepare for a school lunch. Other children were happy to trade their country ham biscuits for an apple or banana. This gave everyone a good lunch. The mule grazed grass, but the two had to provide him with water several times a day. In telling these stories, she often adds, “I always thought I had the greatest daddy in the world.”

She married the love of her life, George Stephens, at age 16. Shortly after marriage, George became one of the first World War II draftees in Emanuel County. He was sent overseas in a short time, and she did not see him again for nearly three years. Their first daughter, Delores, was born and not seen by her father until the war ended and he came home.

A second daughter, Sally, was born, and the family moved to South Carolina where. George owned his own electrical business until he died way too soon. What did Melvie do? She returned to Norristown and continued to care for her family members. She worked in school cafeterias and delighted in baking hot rolls and cinnamon buns for the children.

Time takes its toll, and the brothers and sisters she had come home to help died one after the other. Now, all are deceased, except for the baby brother, W.J. Wilson, or “P Joe,” as he has always been called. The 3-year-old who was left in the care of his 5-year-old sister started working as a handyman at the new JP Stevens woolen mill in Dublin. He retired as a top-level executive.

A few years ago, a stroke took away some of Melvie’s mobility. Now, she goes about her daily chores in a wheelchair with some outside help. She arises each morning thankful that she is still able to live in her beloved Norristown.

To the grandest lady I have ever known and the queen of Norristown, I can’t think of you without saying a thankful prayer. You are truly a blessing to this world. Happy birthday, Melvie! We are thankful for every one of your precious 95 years.