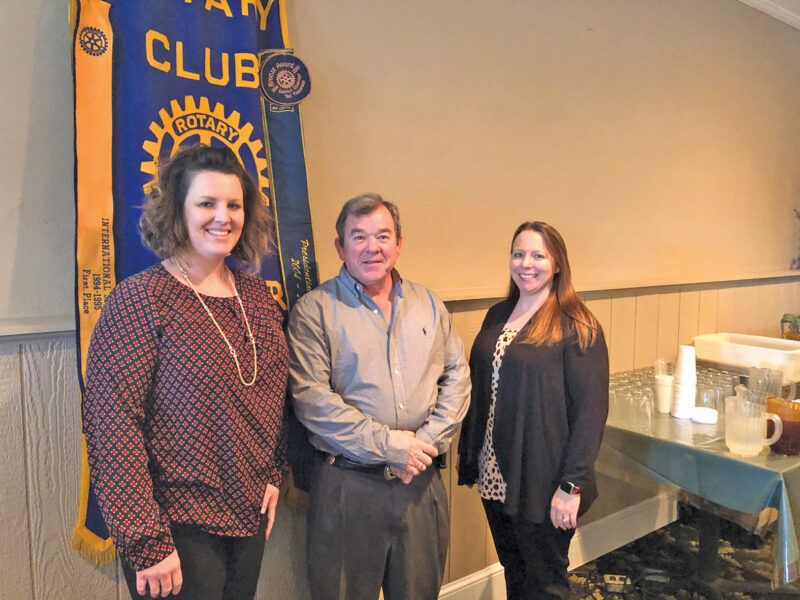 After President Kristin Hall called the meeting to order, the invocation, and the assembled recited the pledge and the Four-Way Test, Al Lawson spoke briefly, giving the Rotarians a breakdown of some of the tax expenditures for the City of Swainsboro, including details about the police and fire department budgets. He then introduced the guest speaker, Lynn Brinson.

Brinson, who is director of downtown development, gave a presentation on the renovations taking place at the Historic Dixie Theatre. This ongoing project is nearing its completion, which is planned for later this year. The theatre will give the city a place for cultural exhibits and arts education. The Historic Dixie Theatre can also be used for field trips, after school activities, and a place for live plays and performances once it is finished. This will generate revenue for the City of Swainsboro and County of Emanuel, Brinson said, when people travel into the community to frequent the theatre.