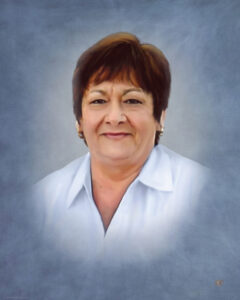 Funeral services for Pauline Coleman Flanders, 66 of Swainsboro, were held Saturday, January 11, 2020 at 11 a.m. in the chapel of Chapman Funeral Home with Reverend Lamar Kersey and Rev. Joe Bedgood officiating. Interment followed at Eastbrook Cemetery and Mausoleum. The family received friends Friday, January 10, 2020 from 6 until 8 p.m. at the funeral home. She passed away Wednesday, January 8, 2020 at AU Medical Center in Augusta following a brief illness.

Mrs. Pauline Coleman Flanders was born April 15, 1953 in Swainsboro to the late Estus Coleman and Annie Bell Jones Coleman. She was a member of Springhill Baptist Church, and, in addition to her parents, was preceded in death by her son, Darrell Flanders; brothers, Junior Coleman, Ralph Coleman, and Buddy Hackle; and sisters, Peggy Fitch, Robbie Hall, Myrtice Jackson, and Elizabeth Avery.