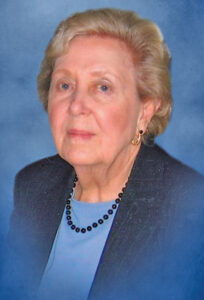 Born in Twin City on February 3, 1927, she was the firstborn child of Burl and Iris Portwood. She grew up there, attended school at Emanuel County Institute, graduating in 1943. She then went to Draughon’s Business College in Savannah. She lived and worked there until her marriage to Sam Lipiro in 1946 following World War II, in which he served. At that time, they moved to New York City and later moved to Long Island and Fishkill, New York, where they lived for many years. After her retirement, she returned to Georgia and settled in Lawrenceville.

Besides her parents, she is preceded in death by her husband.