Mayor Smith intends to put Adrian back on the map 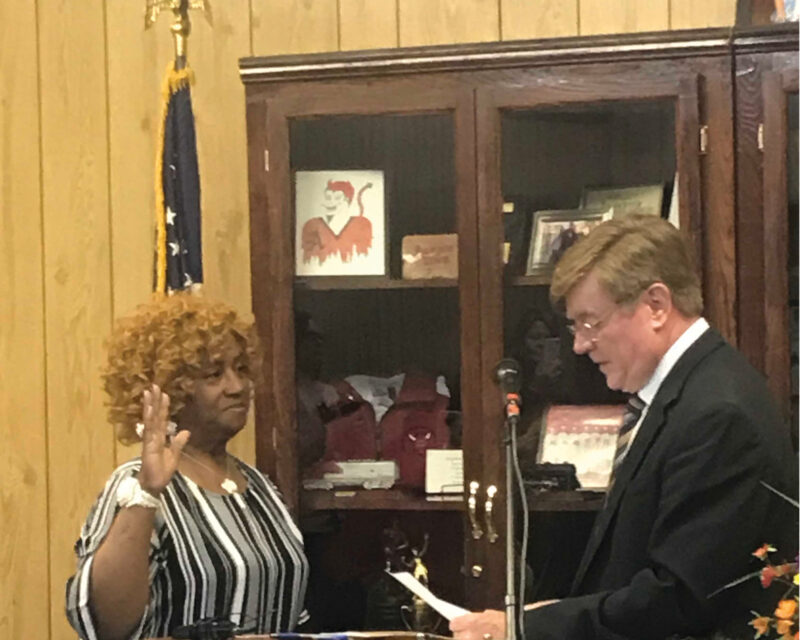 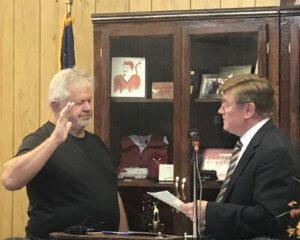 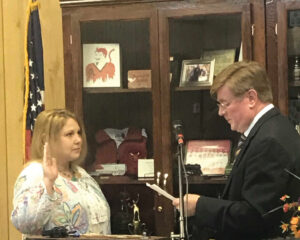 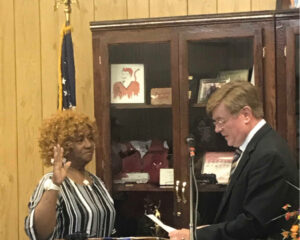 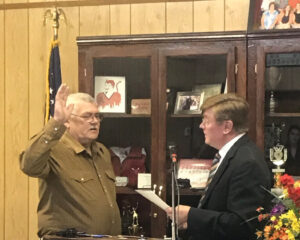 On Thursday, January 9, the City of Adrian convened at 5:30 p.m. at the Community House in Adrian for the purpose of installing and swearing-in newly elected officials.

Present for the ceremony was The Honorable Judge Don Wilkes, who swore in city councilpersons Ed Brown, Jesse Yawn, and Michelle Love.

Following the swearing-in ceremony, Mayor Smith approached the stand to present a speech regarding her vision for Adrian. She and council plan to move the city into the future.

“We have been stagnant for too long,” Mayor Smith said. “It is our mission to network together for city improvement to make this city a better place to live.”

Mayor Smith was elected to serve on the Adrian City Council 12 years ago and has served the approximate previous four years as mayor pro tem.

“We are a small town and by working together, we can make the City of Adrian better than it is now. We intend on making the city a better place while striving to be ‘put back on the map,’ as they say,” Mayor Smith added.

Mayor Smith closed by expressing her excitement to work with everyone, especially to beautify and push Adrian forward while making it a great place to live and be proud of. All of the attendees were then invited to join in a reception.