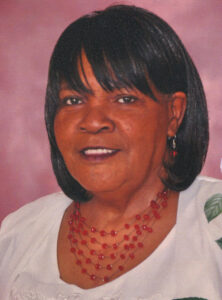 Ms. Trudie Rose Lee Branch (Baewinna) was born August 8, 1942 in Jenkins County to the late Eddie and Orabell Branch. At a very early age, she became a faithful member of Mount Zion AME Church of Garfield. She also frequently attended Statesboro Mission Outreach Ministry of Statesboro. She worked as a machine operator in Twin City at Twin City Manufacturing Company for more than 25 years. In addition to her parents, Branch was preceded in death by her siblings, Geradine Brandon, Mary Jane Williams, Willie Mae Lady, and Eddie Branch.