During the October 2019 term of Emanuel County Superior Court, Dustin Allen Sikes negotiated a plea of guilty (Alford) on one count theft by taking, one count aggravated assault, and one count kidnapping (reduced to false imprisonment). He was sentenced to 30 years with the first 12 years to be served in confinement.

Officer made an arrest in reference to a probation violation.

Officer made an arrest in reference to a state probation warrant.

Officer responded to an address on Oaklawn Drive in reference to a dispute.

Officer responded to a South Main Street address in reference to a hit and run.

Open house and Parent Night to be held at SHS

Swainsboro High School will hold ninth grade open house and Parent Night on January 7 at 6 p.m. in the auditorium. Parents are asked to attend with their children to pick up report cards and review transcripts. Students who attend can earn a pass for dress-down day. 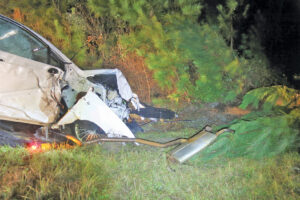 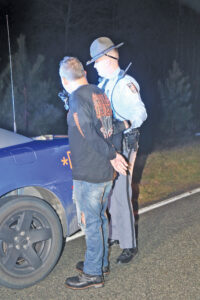 For the second time within one week, emergency units were dispatched to Griffin Ferry Road by Whippoorwill Road for a single-vehicle wreck.

On arrival, a Ford Fusion was found partly submerged in the wooded ditch, and no driver on site. The driver was located … Read More

An elderly male was injured Sunday, December 29, when the tree stand he was on collapsed.

Shortly after 7 p.m., Emanuel County EMS and firefighters from Rescue 1 in Swainsboro were dispatched to 65 South Bell Road. The victim was located in the woods to the rear of the residence.

In Re: Vonnie Harris Fletcher Hall,

On Tuesday, December 17, at 5 p.m., members of the Kiwanis Club of Swainsboro arrived at the Swainsboro Pre-K building with 33 bicycles and helped Santa Claus pass them out to 33 children. This project is an annual event that helps the club to “serve the children of the world.”

Sarah Beth Kersey is a junior at Emanuel County Institute and a senior 4-H’er. She is competing in the Workforce Preparation and Career Development category of the Project Achievement competition. This is the second installment of editorials she has written for the project.

Saving money is one of the most important aspects of building wealth and having a secure financial foundation, but many of us learned the importance of saving … Read More

Mr. Blount was born March 8, 1949 in Waycross to the late John Bryant Blount Sr. and Yvonne King Blount. He was preceded in death by his parents; his wife, LaVerne Harrell Blount; and his grandson, T.J. Williams. Mr. Blount was a professional painter. He loved to go fishing, … Read More