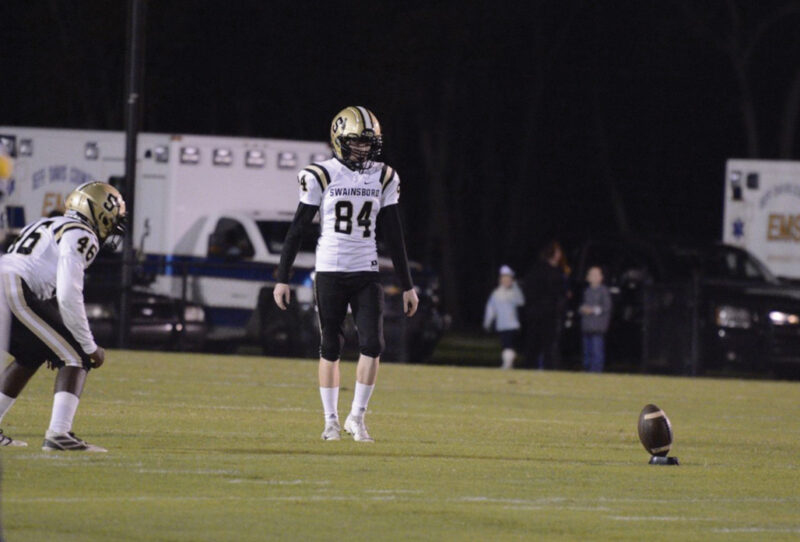 The life of a kicker on any football team can be a solitary one. They are often mostly on their own during practice, working on their craft on the side and when they are in the game, all eyes are frequently on them to execute in pressure-packed situations. Cole Bell has been one of the most consistent extra point artists in recent memory.

The past two seasons as a varsity football kicker, Cole has made 50 out of 59 extra points.

“I’m a kicker,” said Cole. “There is no other or better explanation than that.”

Cole was laughing trying to explain how to describe himself as a football player, recognizing that his job is a specialized role and his focus was different than most any other player. “I get the most excited for the opening kickoff,” said Bell. “It’s the best part of the game and starts the game off. There’s a certain rush you get to that.”

Many take those extra points for granted, but it’s not easy. Finding a kicker as consistent as Bell to come in and nail points that accumulate over the course of a game isn’t easy. Cole’s head coach knows those points are tough to come by and aren’t a given. “Cole is a two-year starter that’s made some good kicks for us throughout his career,” said Coach Roberts.

Bell has been a big part of this team the past two seasons and when the game comes down to win or lose in the fourth quarter, he has proven he’s just the kicker you want out there splitting the uprights with the game on the line.