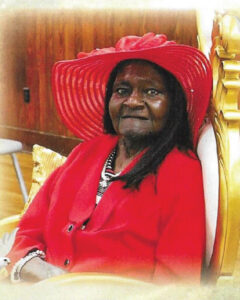 Mrs. Ruby Lee Badie was born April 11, 1929 in Swainsboro to the late Wilkerson Rountree and Willie Ruth Cross Rountree. She was a native of Emanuel County and a member of St. Galilee Baptist Church. Badie was a quiet and sweet lady, who will be missed by her family and friends. In addition to her parents, Badie was preceded in death by her husband, J.C. Badie; and three daughters, Willie Ruth Badie, Tommie Gail Beasley, and Teresa Badie.

Pallbearers were grandsons of Badie.