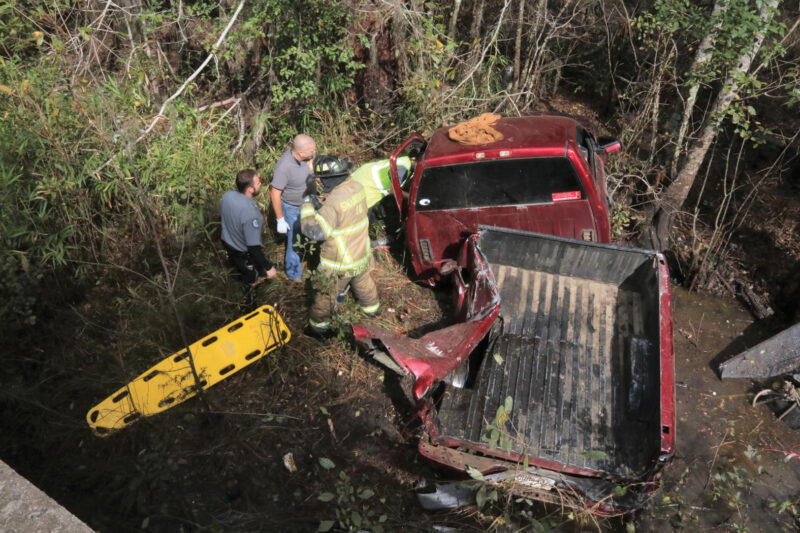 A 34-year-old Swainsboro resident was seriously injured in a spectacular single-vehicle crash on Lambs Bridge Road. Emanuel County 911 dispatch was notified of the crash at 11:17 a.m. on Monday, November 4. First arriving units found a 2005 Chevrolet pickup truck in Little Canoochee Creek. The truck had struck the concrete bridge abutment and landed upright in the creek bed.

County firefighters used the eDraulic Jaws of Life to remove the door of the truck to extricate the injured driver. The patient was packaged on a backboard and placed in a stokes basket in order to remove him to the roadway.

Emanuel County EMS treated and transported the patient to a Air-Evac helicopter, which landed by the scene. He was then flown to a Trauma Center in Augusta.

Units from Twin City, Swainsboro, and Rescue 1 responded and operated at the crash scene. Emanuel County Sheriff’s deputies assisted with the extrication and investigated the crash.