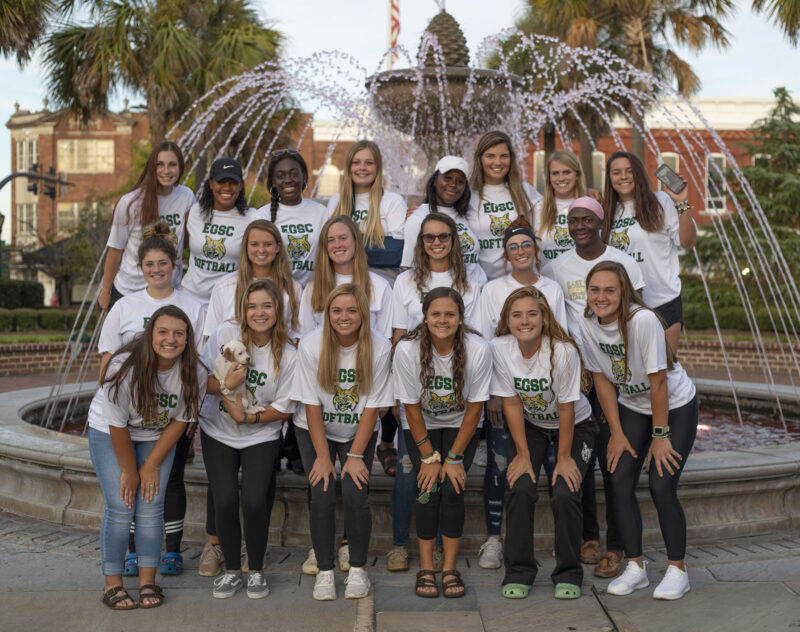 The East Georgia State College Lady Bobcats’ Fall softball scrimmage season came to a close this past weekend with a scrimmage tournament at Thomas University.

The Lady Bobcats finished the tournament with four scrimmage wins and only two defeats, finishing the fall scrimmage season with an 11 and 6 scrimmage record. The Bobcats picked up scrimmage wins over Brewton Parker, Middle Georgia, USC Union and Augusta University.

The Bobcats highlighted the fall scrimmage season with a three to two loss to Georgia Southern University in a 12-inning scrimmage. The Bobcats held the Eagles scoreless for 11 innings.

“We had a tremendous Fall going against several four-year programs and coming away with scrimmage wins against much larger schools, which helps build momentum and confidence in our program and in our players,” said Head Coach Chuck Wimberly.

“As a team, we had an over 400% batting average, which was one of our team goals entering Fall,” said Wimberly. “Our freshman pitchers, Madison Bussell and Payten Strickland, did an outstanding job for our program, along with sophomore pitcher Madison Poole. Defensively, outfielders Olivia Christian, Jana Crews, Taylor Elliott, Taylor Morgan, Yaya Lattimore and Alana Lee showed a lot of improvement and great speed in coverage of the outfield throughout the Fall. Infielders Casey Sims, Reece Stalvey, Maddie Denning, Stephanie Ruffin, Mackenzie Wilkerson, Alana Hooks, Mackenzie Crews, Dani Wells, Mina Watkins and Haley Taylor all had stellar defensive performances for our Bobcats.”

The Bobcats will kick off the regular season in 2020 at the JUCO Kick-Off Classic Softball Tournament in Clearwater, Florida, at the end of January.