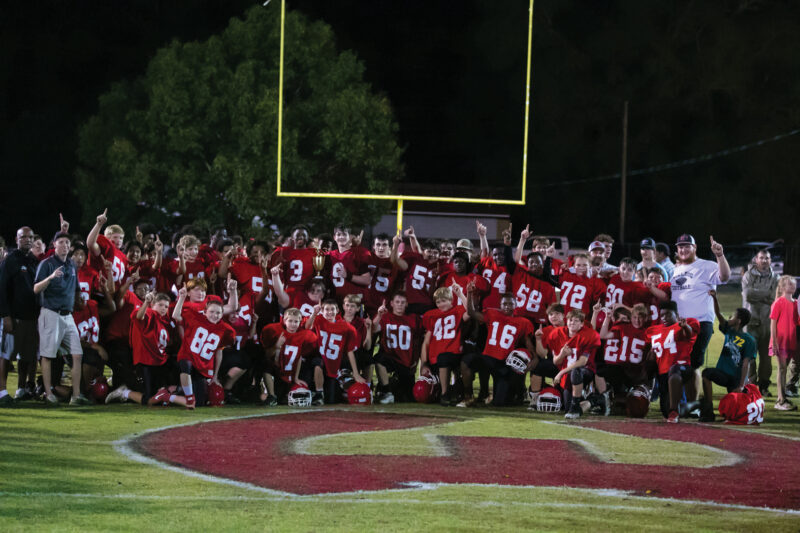 The game remained scoreless until ECI scored with 15.9 second left in the game to take the title over the Battle Creek Warriors 8–0.

After some pre–season games and scrimmages, there wasn’t any indication that this might be a championship season from this young team.

The playoffs saw the Bulldogs besting the Gamecocks once again 36–18 and captured the crown against North Tattnall 8–0.

The team played in a jamboree before this season and did not perform well. The following week, they scrimmaged North Tattnall and lost by 2 points. However, the scrimmage game was not the biggest loss from that game because starting quarterback/defensive back Charlie Rehberg was lost for the season with a knee injury. This was a huge blow to the team, but it helped them learn to play through adversity and rely on one another, which became one of their strengths throughout the season. Rehberg’s absence on the field was evident, but he continued to be a team leader with his presence at every practice.