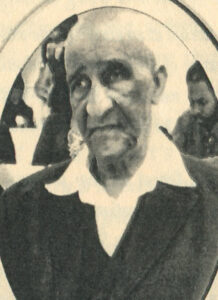 Mr. Frank Murphy was born January 1, 1936 to the late Charlie Murphy and Alberta Roundtree Murphy and received Christ at an early age. He was a kindhearted person and loved people, but most of all, he loved his church. A member of Roberts Grove Methodist Church, if the floor needed sweeping or mopping, Murphy would do it. He served wherever God saw fit. He loved gospel singing so much that he put a group together and named it MC Corporation, promoting gospel singing near and far for groups such as Reverend Mims and the Spiritual Seven of North Augusta, South Carolina, Sister Novella Smith and the Gospel Echo Soul Stirrers of Augusta, Reverend Moseley and the Gospel Voices of Swainsboro, Eddie Maulsby and the Florida Spirituaires of Saint Petersburg, Florida, and many others. In addition to this, Murphy was a gospel announcer on the Sunday morning radio station for WXRS of Swainsboro and was a drug store courier for Davis Drug Store in Swainsboro for 15 years, where he delivered medicine on a bicycle for 15 years since starting in the 1950s. He attended public school in Emanuel County and, in addition to his parents, was preceded in death by his oldest daughter, Judy Ann Murphy.

Survivors include one daughter, Cherry Sweet; a son, Artis Frank Murphy of Augusta; one grandson; and a host of nieces, nephews, and sorrowing friends.