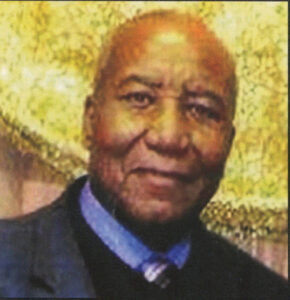 Mr. Samuel Freeman was born January 9, 1948, in Emanuel County to the late Tressie and Raymond Freeman. He resided in Summertown his entire life and worked as an I&C technician for Southern Nuclear Company for most of his life. In 1965, Freeman graduated from Emanuel County High School and married his wife, Mildred Williams, on July 5, 1970. Known to be a strong man with a pleasing personality, he never failed making one laugh. Freeman could also cook, his biggest hit with the family being his blueberry cobbler. Like his father, Freeman was an avid farmer who joyfully cultivated the land, growing vegetables like watermelons, collard greens, corn, and especially sugar cane. He was baptized as one of Jehovah’s Witnesses in February 1976 and faithfully served his heavenly father for the past 43 years, zealously sharing his strong faith in God’s kingdom and its promise of everlasting life. In addition to his parents, Freeman was preceded in death by his siblings, James Freeman, Raymond Freeman, Linda Freeman, Larry Jean Williams, and Shirlene Freeman.

Survivors include his wife; children, Tia Dennis of Naples, Florida and Michael Freeman of Palm Coast, Florida; sisters, Nettie Dixon, Dorothy Reed, and Annise Hughes, all of Swainsboro; brother, Bobby Freeman of Newborn; four grandchildren; and a host of nieces, nephews, and other relatives and friends.