; Men’s Bobcat Basketball comes out on top at recent scrimmage

Men’s Bobcat Basketball comes out on top at recent scrimmage 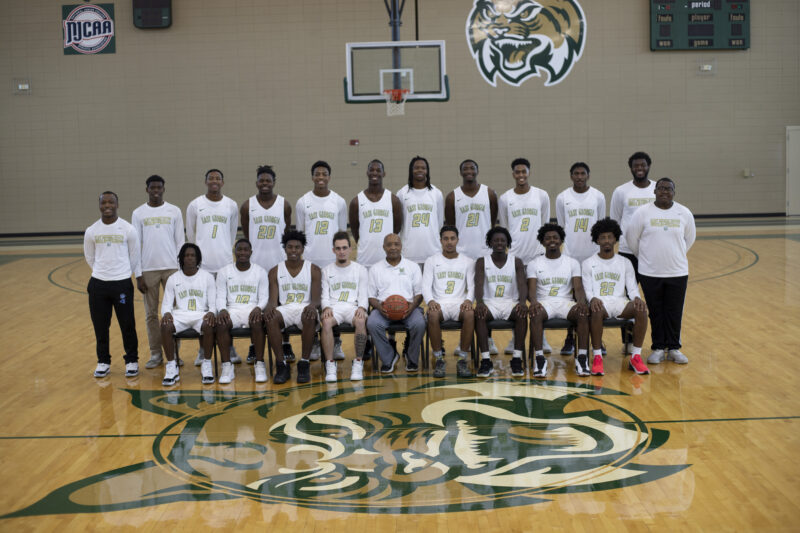 The Bobcats went prepared and ready to play. EGSC and Brewton Parker were in a battle from start to finish with the Bobcats leading at halftime 50 to 49.

The EGSC Bobcats came out in the second half on fire behind the floor general, Javian Johnson, who had 14 points, six assists and three steals.  Brison Rockcliffe had eight points, five rebounds and three assists.

The penetration of those two guards and the nice passing to the inside big men started working. Joshua Moore was able to get 14 points and five rebounds. Jamar Moore would also put in work and get 15 points, 11 rebounds, and two block shots.

Brewton Parker would keep it close and make a late rally by switching their defense to a zone defense, making it hard for EGSC to get the ball inside the paint to the big men.

Thanks to the outside shooting, the Bobcats were able to hold on and win by a score of 96 to 92.  Preston Crisp, who had 11 points and four rebounds, and Maliek Sadler, who had 10 points and six rebounds, helped produce the win along with Jerquaveon Dillard with seven rebounds and Daniel Viera, who had six points.

“The Bobcat Men’s Hoopsters have gotten better and better by playing each scrimmage game, and I am hoping that this experience along with our November and December non-conference schedule will help mature our young all Freshmen Bobcats, so they will be ready to compete in January in this always tough GCAA Region Conference,” said Head Coach Leroy Jordan jr.

Jordan praises his assistant coaching staff of Coach Kowaski Brooks, Volunteer Assistant Coach Adolphus Oglesby and Coach Wright. He said they have done an excellent job in helping him put this team together, and he can’t wait to get the season started.

The team season opener is Wednesday, November 6 against Franklin Prep at East Georgia State College. The game will begin at 7:30 p.m.