; Lady Bobcats fall in game one, capture victory in game two over the weekend

Lady Bobcats fall in game one, capture victory in game two over the weekend 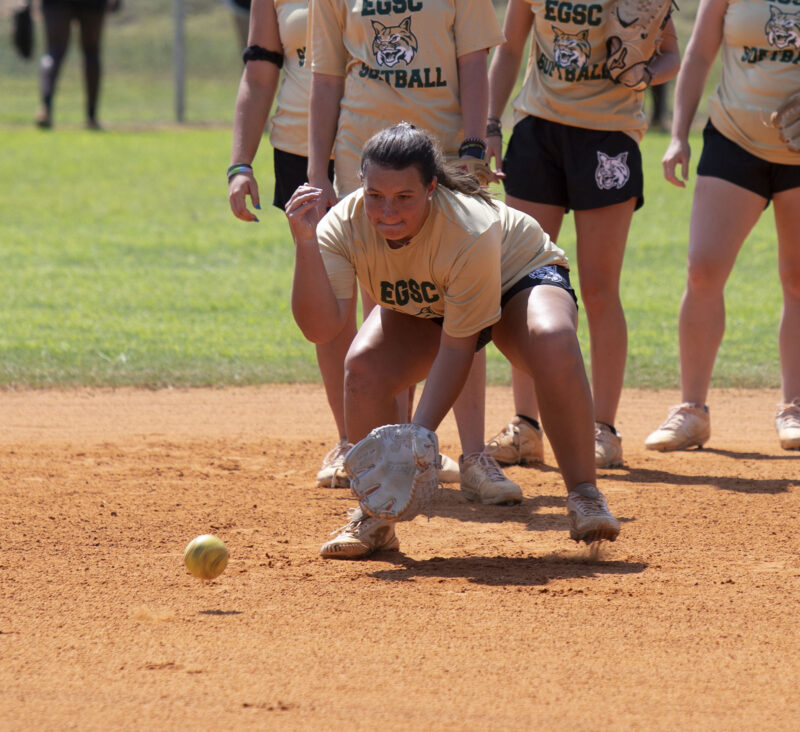 The Bobcats played Newberry College in game one of two at Newberry on Sunday, October 6. The Bobcats fell in the first game to Newberry by a score of nine to one; however, the Bobcats bounced back in game two against Middle Georgia State. The team captured victory number six in the fall scrimmage season with a six to five win.

The Bobcats trailed the Knights going into the sixth inning with a score of five to one, but the Lady Bobcats bats woke up and produced five runs in the bottom of the sixth to give them the lead and eventually a victory at six to five over the Knights.

“We played against a very good Newberry team in game one who hit the ball extremely well,” said Coach Chuck Wimberly. “We did a lot of good things on the field against Newberry that made me really proud of our Lady Bobcats and showed improvement in a lot of areas against a really good four-year college team. In game two, we simply battled and hung around until our bats woke-up and helped us capture the win.”

When asked about the fall scrimmage season up until this point, Wimberly added, “We have the potential to be really good this Spring. We have won six fall scrimmages with only two losses. Our team, made up of freshmen and sophomores, has played against four teams that have a lot of juniors and seniors and are four year colleges, and we are on the plus side in the win/loss column, so you have to feel really good about that.”

Wimberly was extremely impressed with his freshman pitchers, Madison Bussell and Payten Strickland, who have carried the Bobcats in fall scrimmage action this fall. Alana Hooks continues to hit the ball well for the Bobcats, along with Alaina Lee, Taylor Morgan, Reese Stavley and Olivia Christian.

The Bobcats’ next fall scrimmage will be Friday, October 11at Lander University.