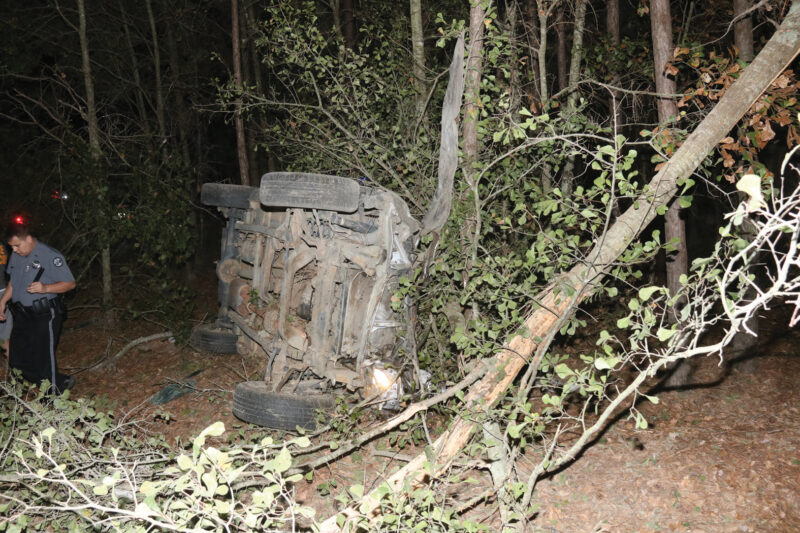 A female driver escaped serious injury on Sunday evening during a spectacular wreck on Highway 192 North. At 6:51 p.m. on Sunday, October 6, county units were dispatched to a reported wreck by Tumpy Road and 192 North for a rollover crash. Units arrived to find no signs of a crash. Additional calls reported an injured party at 566 Highway 192 North.

County firefighters began assisting the injured party and determined the Suzuki SUV was further up 192. While EMS transported the victim to Emanuel Medical Center, sheriff’s deputies found the overturned vehicle located so deeply in the woods that it was not visible from the road. It appears the vehicle left the roadway and struck a dirt pile, which sent the vehicle airborne. It crashed through several small trees, breaking some and uprooting one before it rolled on its side against more trees.

Responding to the scene were Emanuel County EMS, sheriff’s deputies, and county firefighters from Canoochee and Twin City. The crash was investigated by Post 19 of the Georgia State Patrol.