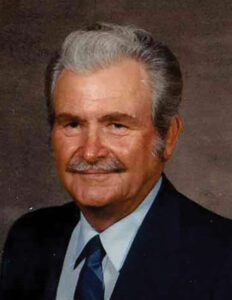 Mr. Peebles was born October 18, 1918 in Adrian, Emanuel County, to the late Ebenezer and Bertie Moore Peebles. He served four years in the U.S. Army during World War II, landing on Omaha Beach, and fought with the 1st infantry (Big Red One) on D-Day at Normandy Beach. Mr. Peebles also fought in Sicily and North Africa. He retired from Continental Can after 26 years and was a member of the American Legion, CCC Camp, the Georgia Sheriffs Association, Youth Home, VFW. He was of the Baptist faith. In addition to his parents, he was preceded in death by two sisters, Margie Anderson and Nell King, and three brothers, James Peebles, Tommy Peebles, and Tony Durden.