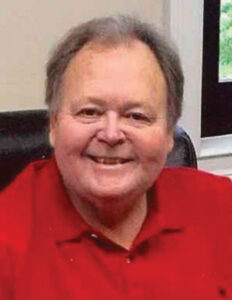 Durden-Hudson Funeral Directors announces the death of Mr. Danny Tapley, 69, a lifelong resident of Emanuel County who died peacefully at his home on Friday, October 25, 2019 surrounded by family and friends.

The family received friends at the church from 1 p.m. until the time of service.

Tapley was born on May 19, 1950 to the late Ralph and Alice Tapley. He graduated from Swainsboro High School in 1968 and the University of Georgia in 1974 with a degree in pharmacy.

He, along with his business partner, opened Shop Rite Pharmacy in 1975, which became his legacy. He developed lifelong bonds with the people who trusted him with a very important part of their healthcare. He spent the greater part of his life devoted to his friends, customers, and employees of Shop Rite Pharmacy. He was forced to retire because of failing health but talked endlessly of just getting back to his office to talk to his customers and friends.

Tapley was so excited that Ashley was going to follow in his footsteps and continue with his dream, Shop Rite! Until his last breath, he still talked to Ashley about what was “going on at Shop Rite.”

He was involved in his community and served on many boards, clubs, and committees throughout his life.

Tapley was a loving husband, father, and grandfather and was truly devoted to his family. He was preceded in death by his beautiful daughter, Danna Tapley Sturgis, who was taken too early from his life. He was a member of the First United Methodist Church and although unable to attend, he faithfully watched church TV, prayed, and was one of God’s children.