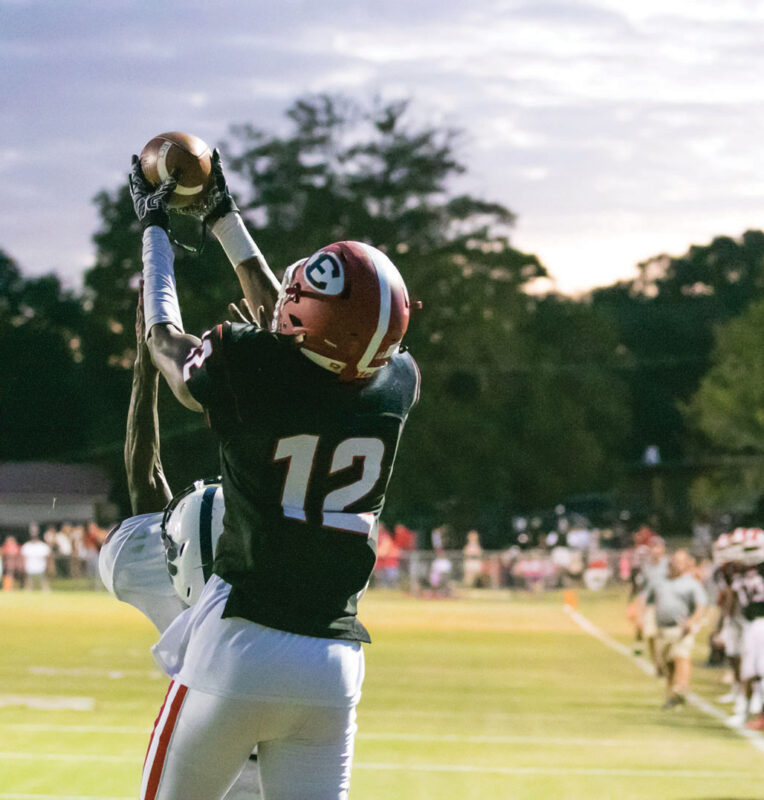 After honoring senior athletes, cheerleaders, and band members before the game, the Bulldogs got on the board on their second possession of the game.

Taking over at their own 28, ECI took the lead on a Chase Whitehead to Reggie Blockett 17-yard touchdown pass in the corner of the endzone to put the Bulldogs up 7-0.

After the defense forced another 3-and-out, Ja’Rell Jordan took a Whitehead handoff 26 yards across the goal line for a 13-0 lead in the quarter.

The defense held the Panthers to just 7 yards of offense in the first quarter while the offense opened up with 119 yards.

The Bulldogs scored two more touchdowns in the first half, The first on a 61-yard touchdown drive with Takyle Foreman taking the ball to the endzone on a 23-yard touchdown trot. The second touchdown came on a PJ Farnum 19-yard run to put the Bulldogs up 27-0.

ECI was looking to add another score in the half but fumbled the ball at the Panther 10.

The Bulldog defense got on the board in the middle of the quarter. With Portal backed up inside the 5-yard line, they added two points to the score on a defensive safety.

The half ended with the Bulldogs leading 29-0.

With a running clock and the ECI JV playing most of the second half, there wasn’t much scoring the rest of the game.

The defense added more points of their own in the fourth quarter. Defensive end Chris Jackson picked up a Panther fumble and led the escort to the endzone from 57 yards out to make the final score 36-0.

The defense held Portal to just 40 yards in the first half and another 124 in the second for 164 total yards.

ECI rushed for 263 yards with 244 yards coming in the first half, averaging 9.1 yards per carry.

Jordan led the running attack with 9 carries for 103 yards. PJ Farnum was right behind also carrying the ball 9 times for 85 yards. Takyle Foreman rushed for 35 yards, and DJ Jones had 30 yards with three other Bulldogs getting the rest of the 263 rushing yards.

Whitehead was 4 for 12 for 53 yards and one TD with Blockett, Lawson Mercer, Bryce Kearson, and Brendan Boatright grabbing one pass each.

The Bulldogs traveled to Millen Friday to take on their neighbors from Jenkins County in their annual neighborhood bash. Kickoff was scheduled for 7:30 p.m.