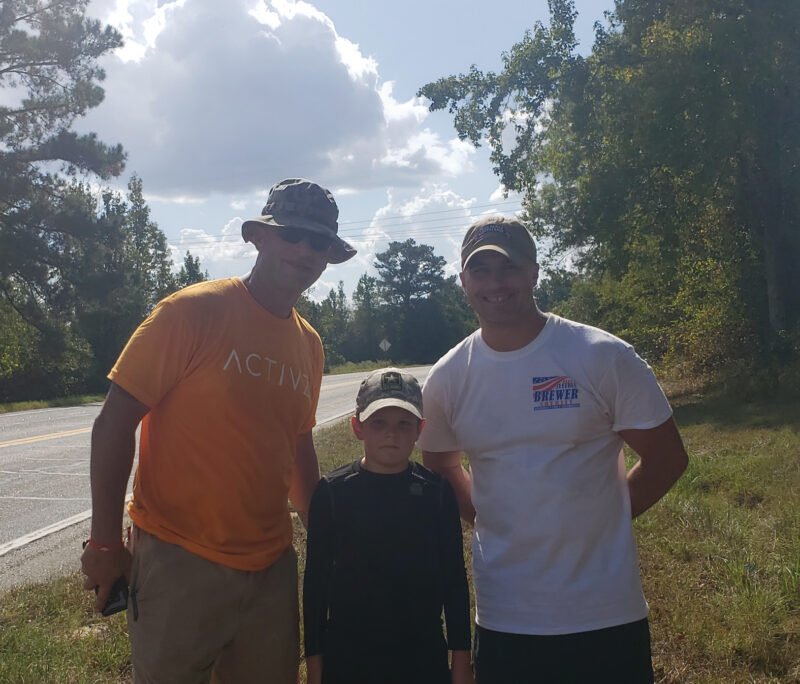 Around the beginning of this month, John Ring began an approximate 80-day journey on foot in an effort to raise awareness for BuddyWatch, Inc., a non-profit veteran organization founded by Jo Coleman.

Following her son’s return home from deployment, Coleman was distraught to learn her son had been diagnosed with PTSD. Not knowing much about the extent of this diagnosis, Coleman proceeded to inquire about information regarding PTSD as well as other matters such as homelessness, addiction, veteran suicide, and more.

Did you know that an approximate 6,000 suicides have been reported by the VA, totaling approximately 60,000 within the past decade?

Focusing on the matter, Coleman wished to find more information and resources on the leading causes that affect U.S. veterans, which led to Coleman’s organization, BuddyWatch, Inc. In addition to this, she became a certified counselor.

Through her certification as a counselor and having established the organization, Coleman has assisted in providing veterans with shelter, clothing, landing jobs, and providing access to those in need of mental health services.

In an effort to bring awareness to Coleman’s organization, Ring began his walk, being his first for the organization, from Tybee Island Pier and is en route to Santa Monica Pier in California.

Assisting Ring with this endeavor was U.S. Marine Chris Hicks, who was unable to travel further due to health issues. Ring has since been accompanied by his friend, Jason. The two men are both currently serving in the Georgia National Guard.

When speaking with the two, they explained their travels through Emanuel County, stating that they have met a lot of great people within our area along the way.

“We are excited to have met a lot of great people so far. Emanuel County Sheriff’s Department Jeffery Brewer provided us with transportation for an overnight stay as well a dinner last night. Today, he followed up with breakfast before transporting us to where he picked us up at last night,” Ring stated.

In addition to this, two women provided drinks to John and Jason upon them entering the Nunez area, and Retired Master SGT. Turner of the U.S. Army provided hot meals from Hook’s Grocery to the two men.

“There has been an amazing support system while we have traveled through the area,” Ring commented.

It was further reported that Ring will be greeted in Columbus by The National Guard from around the country to be interviewed for a one-year extension while in route to California.

The two are aiming to travel to Dublin before stoping for tonight’s rest, but their final stop for the day has yet to be determined.

The two individuals are equipped to set up camp for their travels, but if interested parties desire, room rentals or recommendations for the two to set up camp are appreciated!