; ‘All hands on deck’ for GBI as search continues for answers in Riner death 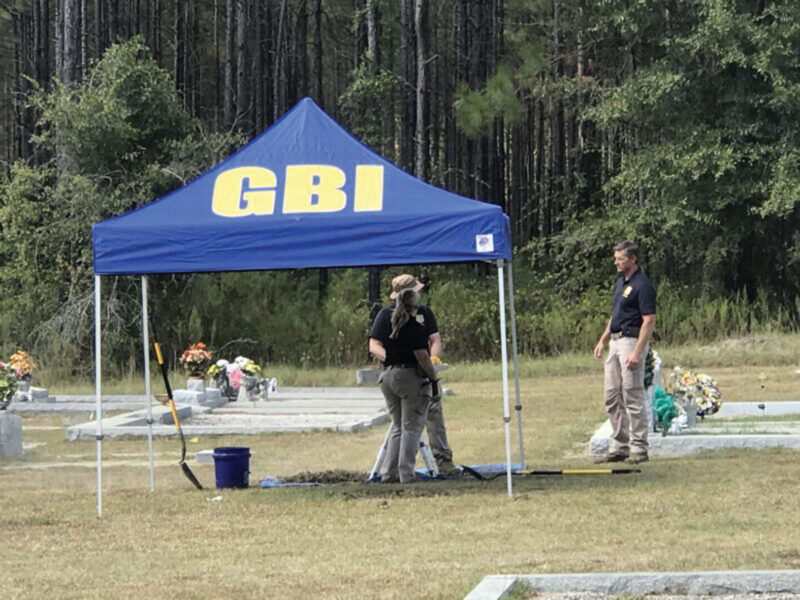 Josh Alford, assistant special agent in charge with the Georgia Bureau of Investigation’s Eastman field office, is calling the search for answers in Priscilla Riner’s death an all hands on deck effort.

The victim, who was a defendant in a murder case of high notoriety, was found deceased in Union Primitive Baptist Cemetery midday on Tuesday, September 24. (Note the location correction in this article as opposed to what The Blade reported Tuesday afternoon on EmanuelCountyLive.com and its social media platforms. The Blade regrets erroneously stating that the body was discovered in “Union Chapel Cemetery.”)

Alford stated that Emanuel County Sheriff’s Office made a solid call in immediately calling for the GBI’s assistance around 12 p.m. on Tuesday. The sheriff’s office recused themselves of the case due to its complicated nature.

“The way our office works, when we get a case like this, we bring in all resources possible,” Alford explained. He further stated that as of Thursday at around 3 p.m., the GBI had not eliminated any person and that his office was going to follow all leads until he and his fellow agents could prove beyond a doubt what happened.

When asked about whether there would be a true search for justice, given the case’s circumstances, Alford offered this: “I’ve been in law enforcement for 20 years and I treat every case exactly the same. We’re going to find all the facts and be able to prove or disprove any theory we come up with.”

While he did confirm that the body was found in the cemetery, he could not, for the sake of the integrity of the investigation, comment on where Riner actually died.

In terms of how the investigation is moving along, Alford stated that he felt it was making “good headway.” As of Thursday afternoon, the GBI had three agents working in Emanuel, another agent working in a nearby county, plus three agents, including Alford, on scene. The GBI has utilized aerial means as well as canines to search the area. “We’re not going to quit until we have an answer,” he said.

He confirmed no one had been taken into custody as of Friday afternoon.

In June 2018, Riner was accused of the death of Dustin “Block” Wilson. Wilson, too, suffered a fatal gunshot wound to the chest.

Riner was released on bond by The Honorable Judge David Roper one month later.

In a pre-trial hearing in late July of this year, Judge Roper heard several motions. Her trial was set to begin in November.