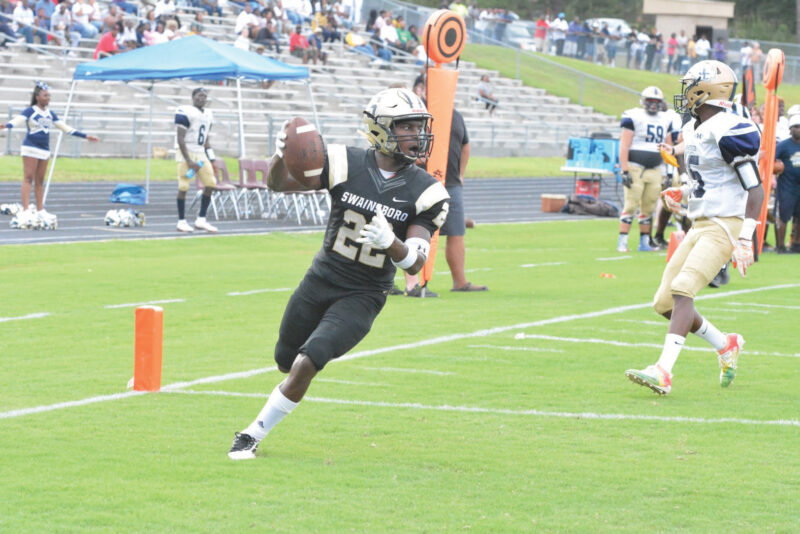 The Swainsboro Tigers are gearing up for another big time rivalry game this Friday night when they travel to Dublin to take on the Irish in the Shamrock Bowl. The AJC has Swainsboro ranked #8 and Dublin ranked #4 in what should be a classic matchup of two of the states’ best teams.

Dublin played ECI in the opening week, only making it through a quarter of football because of weather, but scoring 21 points in that time. The Irish, like the Tigers, have enjoyed a bye week so they will have in effect, two weeks to prepare for each other. The Irish won last years’ game in Swainsboro 20-13.

Swainsboro is a confident bunch after dismantling a tough Jefferson County team in the opening week 37-14. Senior QB Kade Youmans picked up where he left off from last season, completing 15 of 26 passes for 237 yards and 4 touchdowns. Senior WR Javon Brown caught 5 passes for 111 yards and the games’ first 3 touchdowns. Fredrick Seabrough had a bit of a coming out party, catching 4 passes for 62 yards and a touchdown, solidifying the receiving group as a dangerous trio with him, Brown, and his brother, last season’s leading receiver Cedrick Seabrough. Robert Allen also had a big game running the ball, rushing for 126 yards on 26 carries and a touchdown. The offensive line opened up big running lanes for Allen providing balance to an offense that desperately needs the threat of the run to complement an outstanding passing attack.