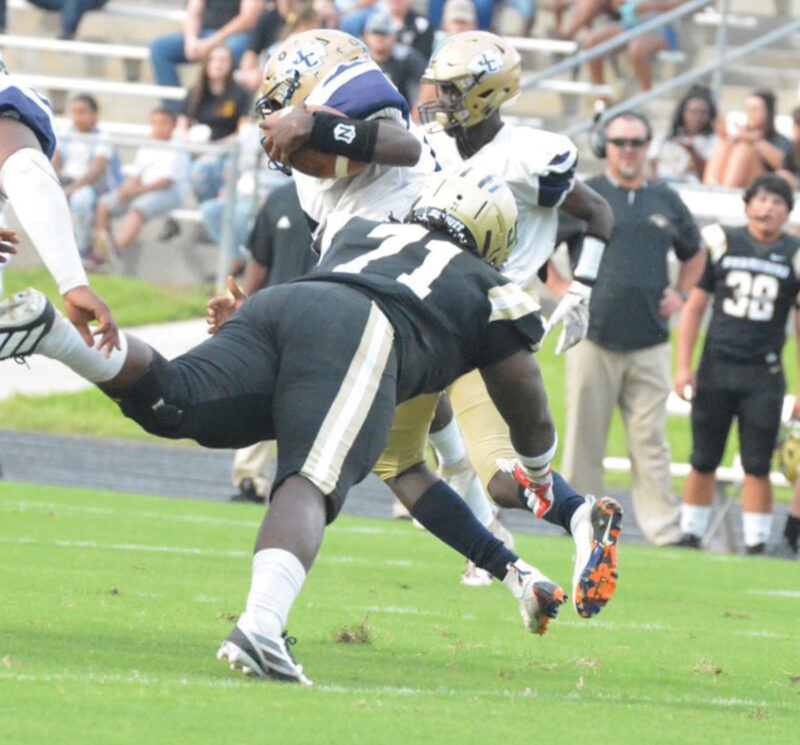 Senior lineman Ka’yun Davis is a troublemaker. No, not in the way that gets Ka’yun into trouble in his day-to-day life, but on the football field, he causes problems. The anchor and heartbeat of Swainsboro’s defensive front, Davis is a disruptor and an agitator for opposing offenses. On any given Friday night, you’ll be sure to see #71 dancing after a big play in the offensive backfield.

Davis has been a presence since the first day he stepped foot onto Tiger Field as a freshman. He’s the biggest lineman, tipping the scales at roughly 270 lbs. He’s also the strongest, known as a weight room warrior. But even with his size, he’s also supremely quick and sudden, creating issues for offensive lineman trying to get a handle on him before he penetrates a gap and folds up their QB. Davis also carries the swagger and attitude of a player who refuses to lose and expects to dominate.

His head coach, Scott Roberts, trusts his senior lineman to be special in everything he does.

‘Ka’yun is, first of all, an awesome kid!” said Roberts. “He’s played since he was a freshman, but his commitment this summer has prepared him to be exceptional this season. He is in the best shape he’s been in since I got here and he made a conscious effort to do that. He wants to be a big part of doing something special in his career as a Tiger, and that is what we are looking for in this program.”

If this is to be a championship season at Swainsboro High School, Ka’yun will be causing havoc at the line of scrimmage on the way to an All State level senior season.