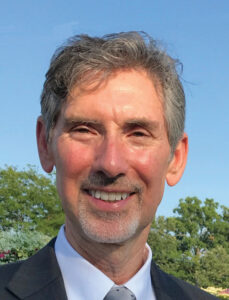 Memorial services were held at 6 p.m. on Tuesday, September 3, 2019 at the Mueller Funeral Home, Peru, IL with Pastor Brett Todd of Grace United Methodist Church, LaSalle, IL officiating. Visitation was held from 4 until 6 p.m. on Tuesday at the funeral home.

Born October 20, 1955, in Macon, Studstill was the oldest son of Owen Lamar Studstill Sr. and Doris Atkins Studstill.  He married Melinda Morgan on August 15, 1986 in Swainsboro.

Studstill received a bachelor’s degree in Psychology from Georgia College, and a Master’s Degree from the University of Alabama, Birmingham.

Studstill grew up watching his father work as a broadcaster, and in the 1970s, as just a teenager, Studstill worked as a newsman for a Macon radio station and helped his dad broadcast basketball and football games over dozens of radio stations all over the state of Georgia.  From that beginning, Studstill led the family in purchasing their first stations in Georgia.  Six years later, Studstill was instrumental in convincing the family to purchase two stations in Mendota, Illinois, and he and Melinda moved to Mendota from Georgia.  From that beginning, Studstill founded the Studstill Media group of stations, including stations in Streator, Peru, and Spring Valley, IL.  Studstill was the creator, president, and leader of Studstill Media for the past 37 years.  Lee and Melinda served as emcees of the Mendota Sweet Corn Festival for many years in the 1990s and 2000s.

When not working, Studstill enjoyed reading, horseback riding, and running.  Studstill was introduced to a love of horses by his future wife, Melinda, and they owned horses for many years and will be missed by his equine children, Shawnee and Noble, along with his two canine children, Juno and Butterbean.

Studstill was an accomplished athlete, all-state in Georgia in high school basketball and track and field, and later played college basketball.  As an adult, Studstill found great joy in running, and successfully completed seven marathons, including qualifying for, and running two times, the Boston Marathon.

Studstill especially enjoyed his family, a devoted husband to Melinda, and a loving father of Summer. He proudly shared in Summer’s academic successes and was thrilled when Summer joined the family business after graduating college last year.

Even after his memory suffered while battling Alzheimer’s, he could still vividly remember with joy the time 15 years ago that he spotted and rescued a dog that had been missing for several days after escaping from a friend’s car during an auto accident on Route 251.   In celebration of Studstill’s love of four-legged friends, please direct any memorial donations to Friends of Strays, Princeton, IL.

Mueller Funeral Homes was in charge of arrangements.