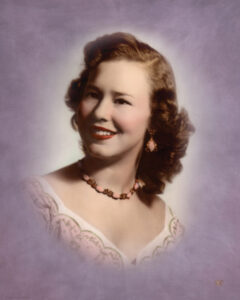 Graveside services for Melba Ana Laura Spivey, 84, of Augusta were held Sunday, September 1, 2019, 11 a.m. at Sardis Cemetery. She passed away Wednesday, August 28, 2019 at her residence following an extended illness.

Ms. Melba Ana Laura Spivey was born November 16, 1934 in Adrian to the late Stephen “Punch” Mills and Vernessa Whittington Mills. She moved to Augusta from Adrian at the age of 14 to finish high school. Spivey was a model and crowned Miss Augusta for 10 years. She worked for WRDW television station for several years until she married her husband in 1995. Spivey loved dogs and flowers and was of the Baptist Faith. She was preceded in death by her parents; husband, Bernard Spivey; son, Donnie McClellan; brothers, Robert Mills, Billy Mills, Jimmy Mills, and Stanley Mills; sister, Helen Mills Davidson; and grandson, Michael Todd McClellan.