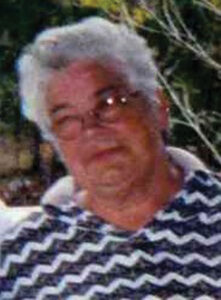 Funeral services for Mary N. Smith were held Tuesday, September 3, 2019 at 2 p.m. in the Peebles-Curry Memorial Chapel with Elder Tommy Rountree officiating. Interment followed in the Sardis Primitive Baptist Cemetery. The family received friends at the funeral home Monday evening from 6-8 p.m. and at the home of Ron Wommack. She passed away Saturday, August 31, 2019, at Emanuel Medical Center Nursing Home.

Mrs. Smith was born February 9, 1940 to the late Edward and Vinnie Moore Trull in Swainsboro, Emanuel County, GA. She was a homemaker and devoted mother to her children, diligently caring for her special needs son. Mrs. Smith loved fishing, flower gardening, her animals, was an excellent cook and enjoyed cooking for and spending time with her family.  In addition to her parents she was preceded in death by her husband of 57 years, Johnny Ray Smith; and grandson, Michael Smith.