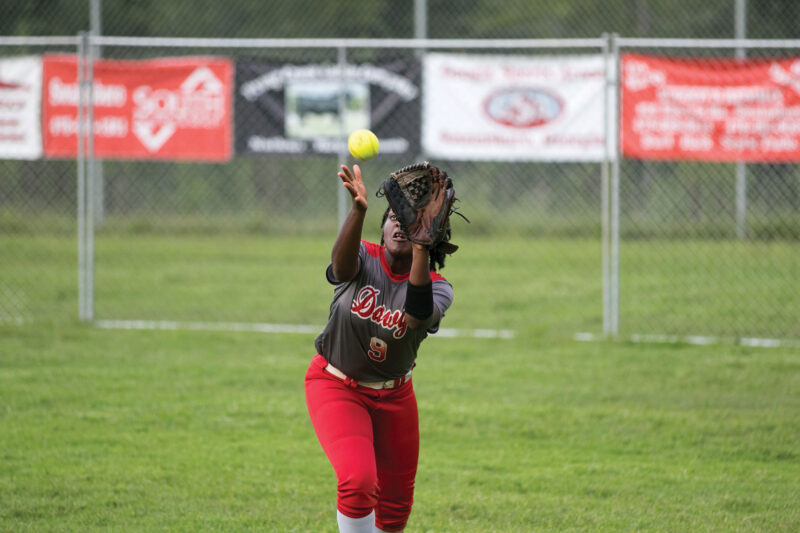 The ECI softball had two more victories last week to extend their winning streak to nine games, losing their last game on August 14 against GMC.  They are 14-2 overall and are undefeated in region play with a 4-0 record.

“The girls are finding out that when you have such a hot start to the season, it puts a bullseye on you,” commented coach Frank Wimberly on the season so far.  “We’ve had a couple games where we had to dig deep and find out what we are made of,” continued Wimberly. The older players are really helping to keep a young team focused on each and every game, and not overlooking any opponent.”

Monday, they hosted East Laurens. The Falcons defeated the Bulldogs twice last year in close games.  ECI returned the favor, winning the game in another close one 4-2.

After a scoreless first inning, Zera Edenfield got the scoring started in the second inning with a lead off double and a Makayla Clifton single.  The Bulldogs put two more on the board on the back of a wild pitch, sac bunt by Kelsey Harper and Kelly Joseph who reached on a fielders’ choice.  Edenfield, Clifton, and Joseph scored the first runs of the game for a 3-0 Bulldog lead.

Taylor Radford reached first in the third inning on an error.  After a sac bunt by Rhikanna Lee and ground out by Edenfield, Radford scored the last run of the game for the Bulldogs on a Clifton single to make the score 4-0 after three innings.

The Falcons scored their two runs in the top of the fifth inning for a 4-2 final score.