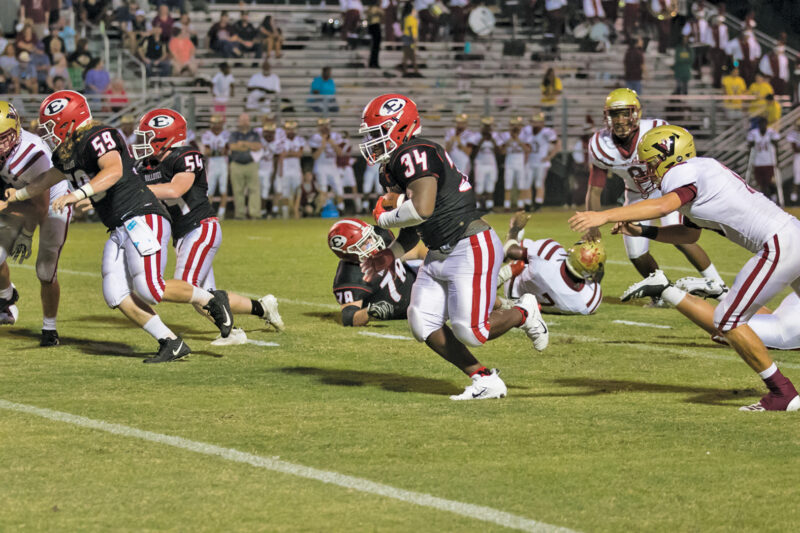 Webster defines momentum in sports as, “The positive or negative change in affect, physiology, and behavior caused by an event or series of events that affects the perceptions of the competitors, the quality of performance and the outcome of the competition.”

However you define it, momentum plays a big part of competition in sports and in life, especially in the physical sport of football at all levels.

Momentum definitely changed the outcome of the competition in the game after an event in the game between Vidalia and ECI on Friday night.

Leading 13-3 at the half, the Bulldogs took the kickoff of the second half and drove 62 yards to lead the Indians 21-3 with just over 7 minutes left in the third quarter. The “big mo,” as it is known, was squarely on the ECI sidelines with the Indians walking off the field with their heads down.

That all changed in just 16 seconds as Vidalia took the kickoff after TD back for a 93-yard touchdown.

Although scoring just 3 points , the Indians owned the first quarter, keeping the ball almost 8 minutes on their field goal scoring drive. The Bulldogs only ran 4 plays in the quarter with one of those being an interception when Chase Whitehead threw into double coverage for the turnover.

The second quarter belonged to the Bulldogs as they found their offensive footing and scored 2 touchdowns while shredding the Indian defense.

The first score was an…