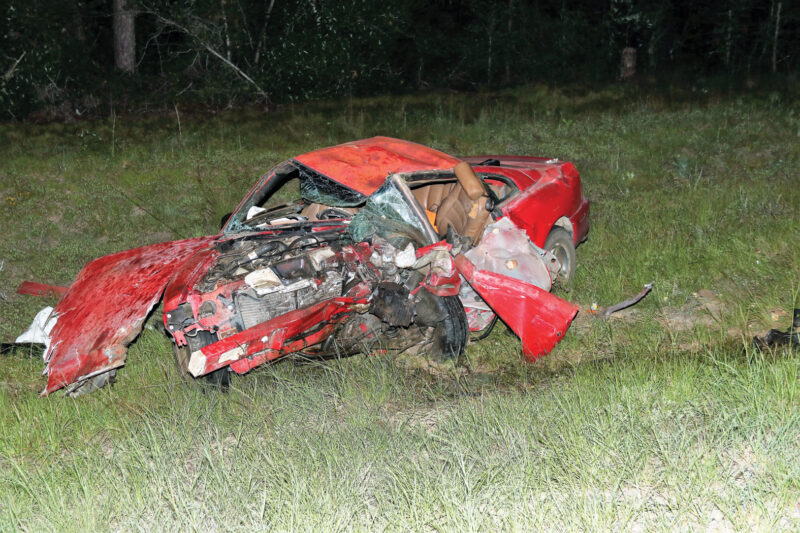 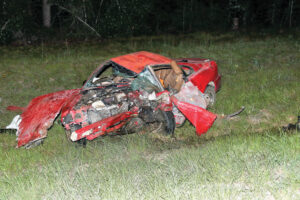 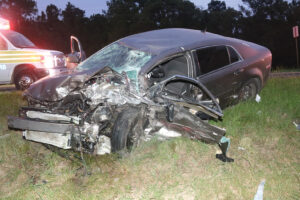 Two 29-year-old male drivers are dead following a horrific head-on crash on Highway 80 East by Bethel Church Road. Emanuel County EMS, fire-rescues from Swainsboro and Twin City, and sheriff’s deputies were dispatched shortly after 6 a.m. on Monday, August 19. The wreck occurred when a westbound Ford Mustang crossed the center line and impacted with an eastbound Chevrolet Malibu. Due to the heavy degree of entrapment in both vehicles, the Hurst eDraulic “Jaws of Life” tools from both rescues were used to extricate the victims.

Emanuel County Coroner Jeffery Peebles identified the deceased James C. Skinner, 29 of Statesboro, as the driver of the Ford Mustang, who was pronounced at the scene. Joe C. Walker, 29 of Wadley, the driver of the Chevrolet Malibu was first transported to Emanuel Medical Center and later transferred to Augusta University Trauma Center, where he succumbed to his injuries. The cause of death for both victims was multi-blunt force trauma.

Both drivers were not wearing seatbelts during the crash. Highway 80 East was closed to all traffic for over 2 1/2 hours while the debris-covered scene was investigated by Georgia State Patrol, assisted by deputies from the sheriff’s office.

Note: In the last nine days, three lives have been lost on Emanuel County roadways. Please buckle up and drive safely.