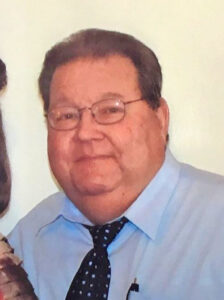 Born in Fort Benning, he was the eldest of three children born to the late Fred Ray Lewis and Juanita Laverne Smith Lewis. He graduated from Elbert County High School, Class of 1968. He later attended Truett McConnell and Breneau University, where he graduated with a bachelor’s in criminal justice and [sychology. Steve began a career with the Georgia Department of Correction in 1970. He worked through various assignments until serving and retiring as warden at Frank Scott State Prison in Milledgeville with 34 years of total service in 2004. From 1985 until the mid 1990s, Steve served as the Scout Leader for Boy Scout Troop 660 in Demorest. After moving to Adrian, he served the citizens of Adrian as their mayor.

Steve was an avid fisherman. He loved old western movies, playing his acoustic guitar, listening to southern gospel music, and spending time with his family. He was a member of and deacon at Orianna Baptist Church.

Funeral services were conducted at 11 a.m. on Tuesday, July 30, 2019 in the Williams Chapel of Sammons Funeral Home with Darrell Hart, Reverend Gene Currin and Reverend Arthur Conley officiating. Steve was laid to rest in the family plot in Westview Cemetery in Soperton. His family received friends Monday, July 29, 2019 from 6 until 8 p.m. at Sammons Funeral Home.

Sammons Funeral Home of Soperton was in charge of arrangements.