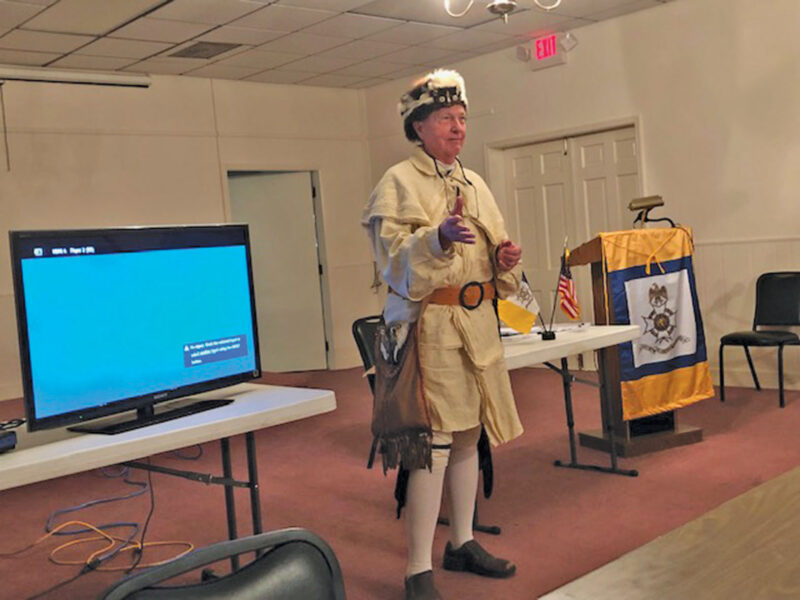 The Little River Chapter of Thomson held its monthly meeting on Thursday, July 18, at the McDuffie County Library at 6:30 p.m. with President Bill Tankersley presiding. Twenty-five members and guests were present to hear from Wilder Smith Jr., president of the local Wiregrass Chapter.

Beyond that bridge, nearly 1,000 North Carolina Patriots waited quietly with cannons and muskets poised to fire. The battle marked the last broadsword charge by Scottish Highlanders and the first significant victory for the Patriots in the American Revolution.

President Smith then showed a PowerPoint of the battlefield as well as a 10-minute video produced by the National Park Service.

President Tankersley then discussed the upcoming request for charter that he would be making at Georgia Society Sons of the American Revolution Board of Management’s second quarter meeting on July 27 in Barnesville. He had asked each president of the seven SAR chapters in the East Fall Line Region to attend and support his request.

To become a member of the Little River Chapter, contact President Tankersley (also registrar of the chapter) at 706-825-5810 or email him at wjtank@comcast.net.