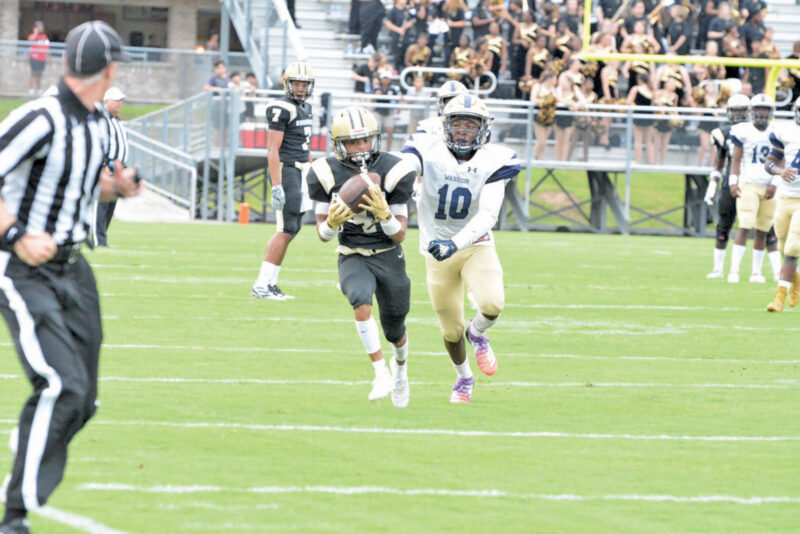 The Swainsboro Tigers kicked off a new season by dismantling non-region rival Jefferson County Monday night, 37-14. The rare Monday night game was the result of Friday’s weather postponement, and the Tigers put on a show worth waiting for.

Swainsboro enters the season with high expectations and notably returns Region 2-AA Offensive Player of the Year, senior QB Kade Youmans, as well as a pair of his favorite receivers. Youmans wasted no time, hooking up with senior WR Javon Brown three minutes into the game for a 28-yard scoring strike. The tandem would connect again later in the quarter, this time for 24 yards to push the score to 14-0. Youmans and Brown seemed to like the storyline, as Youmans evaded pressure and then threw on the run to the far corner to find Brown again, this time for a 25-yard TD completion. Just 3 minutes into the second quarter, senior placekicker Cole Bell added to the onslaught with a 28-yard field goal to push the score to 24-0 in front of an amazed home crowd.

Swainsboro’s defense, led by the ferocious play of linemen Ka’yun Davis and Armani Sims, both seniors, were reminiscent of the Wrecking Crew of old. Linebackers Zabrien Harden and John Henderson pounded ball carriers and Defensive Player of the Year KJ Starnes blanketed WRs on the back end. Jefferson County found the going tough until an odd play took place with eight minutes to go in the half. Warrior kick returner appeared to raise his hand to signal a fair catch on a Tiger kickoff, but the play was not blown dead by the official. Jefferson County turned that bit of luck into a 60-yard kick return down to the Swainsboro 5-yard line, punching it in for their first score to plays later. The Tigers drove deep into Warrior territory but turned it over on downs at Jefferson County’s 16-yard line. The Warriors answered with their lone explosive offensive play of the game, breaking tackles and escaping the scrum with an 84-yard TD run to pull to 24-14.

All the good work…